They were the most depressing headlines I’d read all year. And that’s saying a lot.

”Immunity to COVID-19 Could Be Lost in Months,” The Guardian declared last week, drawing on a new study from the United Kingdom. Forbes grimly accelerated the timeline: “Study: Immunity to Coronavirus May Fade Away Within Weeks.” And the San Francisco Chronicle took things to a truly dark place: “With Coronavirus Antibodies Fading Fast, Vaccine Hopes Fade, Too.”

Terrified, I read the study that launched a thousand headlines—and did not come away much less terrified. Researchers at King’s College London had tested more than 90 people with COVID-19 repeatedly from March to June. Several weeks after infection, their blood was swimming with antibodies, which are virus-fighting proteins. But two months later, many of these antibodies had disappeared.

[Read: Should you get an antibody test?]

The implications seemed dire. If our defenses against COVID-19 evaporate in weeks, people could contract the disease for a second time, as some widely-shared stories have suggested. In such a world, herd immunity would be out of the question. Even more depressing, it could mean that vaccines that work on the basis of antibody response would be useless after a few months. The study conjured for me a future in which the pandemic never went away.

I called several scientists to talk me through the study and ease my apocalyptic anxiety. Their response: Please calm down—but don’t expect us to make you feel entirely relaxed. (I also reached out to several co-authors of the Kings College paper, but did not hear back.)

“I was definitely very worried when I saw the headlines,” said Shane Crotty, a virologist at the La Jolla Institute for Immunology. “But then I looked at the data. And actually, looking at the data, I feel okay about it.”

Acquired immunity is cellular memory. When our bodies fight off an infection, we want our immune systems to remember how to defeat it again, like a person who, after solving a big jigsaw puzzle, recognizes and remembers how to set the pieces the next time. The whole point of vaccination is to teach the immune system those same puzzle-solving lessons without exposing it to the full virus.

[Read: America should prepare for a double pandemic]

This is why the Kings College study initially seemed so dreadful. It found that the number of certain active antibodies—called “neutralizing antibodies”—declined significantly between tests, especially in patients with mild or no symptoms. Antibody levels are one proxy for the immune system’s memory. If they plunge quickly, that might mean that our immune system can't remember how to solve COVID-19 for more than a few months at a time, dooming us to start from square one with each new exposure. No COVID-19 researchers are rooting for antibody levels to decline so quickly. Everyone I spoke with acknowledged that the study might reveal something important and concerning.

But overall, the scientists converged on three reasons to hold out a bit of skepticism about the most apocalyptic headlines.

First, our immune system is a mysterious place, and the Kings College study looked at only one part of it. When a new pathogen enters the body, our adaptive immune system calls up a team of B cells, which produce antibodies, and T cells. To oversimplify a bit, the B cells’ antibodies intercept and bind to invading molecules, and the killer T cells seek and destroy infected cells. Evaluating an immune response without accounting for T cells is like inventorying a national air force but leaving out the bomber jets. And, in the case of COVID-19, those bomber jets could make the biggest difference. A growing collection of evidence suggests that T cells provide the strongest and longest-lasting immunity to COVID-19—but this study didn’t measure them at all.

“To look at just one part of the immune response is woefully incomplete, especially if many COVID patients rely more on T cells,” said Eric Topol, a cardiologist and the founder and director of the Scripps Research facility. He pointed me to a study from France’s Strasbourg University Hospital, which found that some people recovering from COVID-19 showed strong T-cell responses without detectable antibodies. “There is a chance that if a similar longitudinal study looked at T-cell response, the outcome would be far more optimistic,” he said.

Second, the immunologist Shane Crotty told me that while the decline in antibodies was troubling, it was hardly catastrophic. “It’s not unusual to have fading antibody response after several months,” he said. “The drop-off isn’t that surprising. When you look at something like the smallpox vaccine, you see the antibody response is down about 75 percent after six months. But that’s a vaccine that works for decades. We need a study like this to look at COVID patients six months after infection to really know what we’re dealing with.” It’s been six months since the first American COVID-19 patient went to the hospital. Those studies will surely come.

Third, low levels of antibodies can still be enough to knock out COVID-19, because they can prime a larger immune response some time later. “It’s possible that previously-infected people could utilize [immunological memory] responses to produce new antibodies in case they are exposed to SARS-CoV-2 again,” Pamela Bjorkman, a biochemist at the California Institute of Technology, wrote in an email. “So I would not conclude yet that people infected with SARS-CoV-2 are not protected from another infection.”

I heard a similar argument from several people, and I found it pretty confusing at first. Here’s a way to unpack it: Let’s say I learn to solve a Rubik’s Cube. Three weeks later, you might ask me how I did it. I can’t really describe every step from memory, I tell you. But then you hand me a Rubik’s Cube, and I suddenly recall my strategy and solve that sucker in half the time. Similarly, the Kings College study might initially seem to describe a forgetful antibody response. But, primed by the reappearance of COVID-19, our immune system might snap back and mount a powerful defense.

Beyond these three caveats to the panic-stricken headlines, several other developments offer reason to be hopeful that the pandemic won’t last forever. Vaccine research is continuing to blast ahead at an inspiring pace. Several studies on monkeys, whose immune systems are as close to ours as that of any animal, have been promising, showing a strong and lasting immune response. And a recent paper shows that 17 years after SARS first struck East Asia, many patients have “long-lasting T cell immunity” that might even be helping them fight COVID-19, a k a SARS-2.

The race to understand COVID-19 is an unprecedented global effort, and each study is like a little square-inch snapshot of one massive mural. News consumers feeling jerked around by headlines that are alternatively optimistic and devastating should remember this: We are still facing a dangerous disease and learning more every week, but the immune system is a big, complicated place. No single study study looking at one part of that big, complicated place should convince you that a vaccine is doomed and the pandemic will be with us forever. 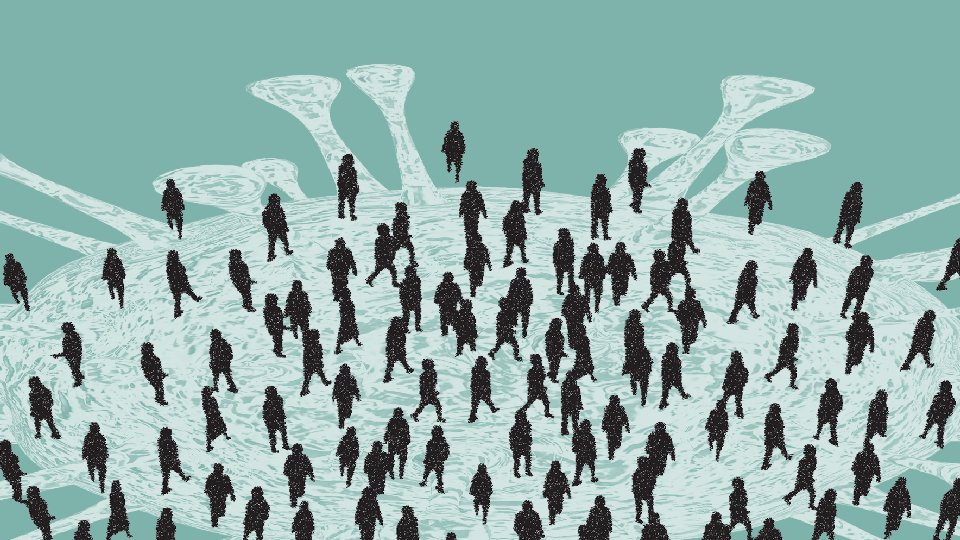