The dollhouse bedroom appears for only a moment: a young woman nursing her infant daughter in bed, while her silver-haired mother stands above them, baring one wrinkled breast through her open nightgown. Let me feed her, too. Let me feed her instead.

This miniature takes something good and familiar—the primal bond between baby and breast—and makes it the site of something dark, imposing, sinister: the breast where it doesn’t belong, the mother who can’t stop mothering, the prospect of forcing the aging breast into the tiny young mouth, the maternal love that is somehow too much.

I have come to suspect that everyone has a horror movie perfectly tailored to the contours of her psyche, like a jigsaw puzzle piece: a film uniquely positioned to frighten her more than any other. This film takes whatever she trusts most fully in this world—what she relies on most fully, has the deepest faith in—and darkens it, or reveals what has been dark inside it all along. The haunted house as darkened home. Possession as darkened beloved. Devil as darkened God.

My deepest faith has always attached itself to maternal love: my mother’s love for me, and then my own love for my daughter. Everything else in the world might dissolve or break, but these bonds have always promised to lie beyond the possibility of rupturing.

One of my strongest childhood memories is an image from my grandmother’s house, a chocolate-brown bungalow with sage bushes shadowing the front stoop, and tomato plants in the back garden. Between the living room and the dining room, there was a floor heater that felt like the nerve center of the house: a metal grating that sent up gusts of warm air, and got so hot it could burn the soles of your feet. I can remember the sight of my grandmother and my mother standing on it, side by side, their long billowing skirts filling with its heat like sails catching wind. They were like gods, powered by some secret force below the earth. 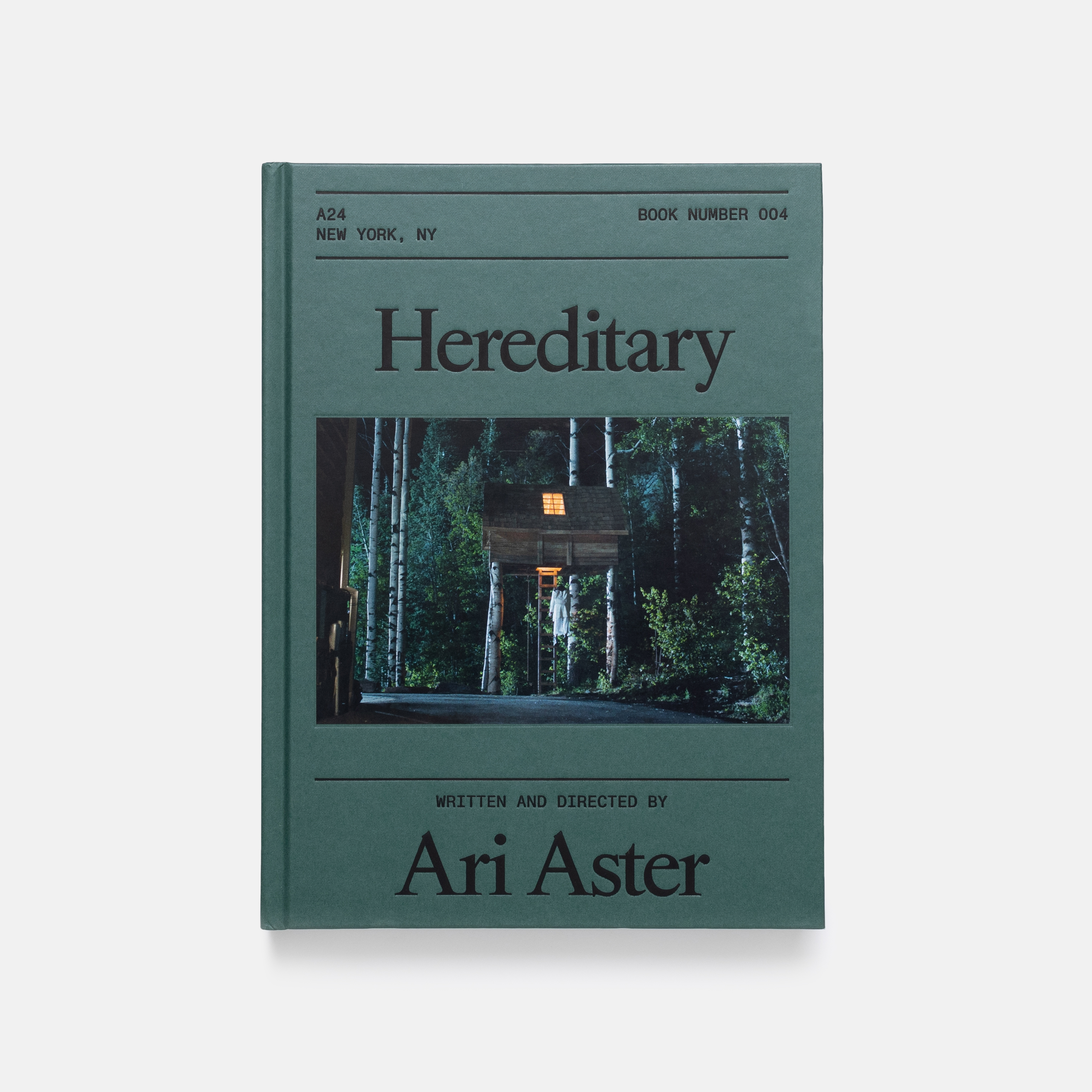 I watched Hereditary in a hotel room in St. Paul while I was on a book tour. My toddler daughter was with her father back in Brooklyn. The film begins with a mother’s death, which is actually a feint—it’s not really about her absence, but about her terrible, abiding presence. The plot finally makes its way to her corpse: it’s been in the attic the whole time, headless and rotting, circled by candles, swarming with flies. Her daughter thought she was gone, but in truth she’s been there all along—festering inside the place they call home, an infection trapped under the skin. Like an aging breast foisted upon a tiny baby, the mother’s body in the attic is too much, the wrong kind of presence: the mother who won’t go away, won’t put away her milk, won’t put away her death. Her betrayal is twofold and contradictory: she is gone, but too much of her remains.

We often say: My mom has always been there for me. Or at least, I say it. She came into my bedroom when I cried in the night. She flew across the country when I was starving myself. She stayed for months after my daughter was born, to bring me clinking glasses of ice water as I nursed, to help me find the first tiny fingernail I clipped—that minuscule moon, fallen to the carpet—because I wanted to save it forever, like a talisman.

Once I had my own baby, I needed my mother as if I were a baby again. And when she left, I wept like an infant, inconsolable, because the whole world was ending.

In my Minnesota hotel room, I had to pause the movie at the sight of the mother’s corpse under its cloud of flies. It was too much, all that buzzing. It was too alive. It was infectious. It claimed too much of me.

When a woman finds her dead mother in the attic, or hears her dead daughter in the back seat of her car, it’s as if the film is telling me, Our mothers live inside us, and our daughters live inside us. We have no choice. This is the dark contract of our love for them, and their love for us. We’ll never be free of them. A grandmother “gets her claws” into her granddaughter when she gives her a bottle of milk mixed with demon herbs. After a mother is possessed by the malicious ghost of her dead daughter, she tries to burn the sketchbook that summoned her spirit, to sever the link for good, but it’s her own arm that catches fire instead. And when her arm bursts into flame, it’s as if that sacred subterranean force beneath my grandmother's floor heater—the one that billowed her skirt full of heat, and my mother's beside her—has turned into something sinister. Now it’s setting the world on fire. No mother’s body is free.

After I paused the film, I saw a text from my daughter's father. She’d climbed out of her crib and fallen to the floor. In an instant, I felt the thousand miles between us. She’d been crying, he said, and maybe a little embarrassed, as if she had done something wrong. I should have been there, I thought. I should have been there to tell her she didn’t do anything wrong. Anytime she was hurt and I wasn’t there, it felt like I’d done something wrong.

The impossible love: Too present. Not present enough. 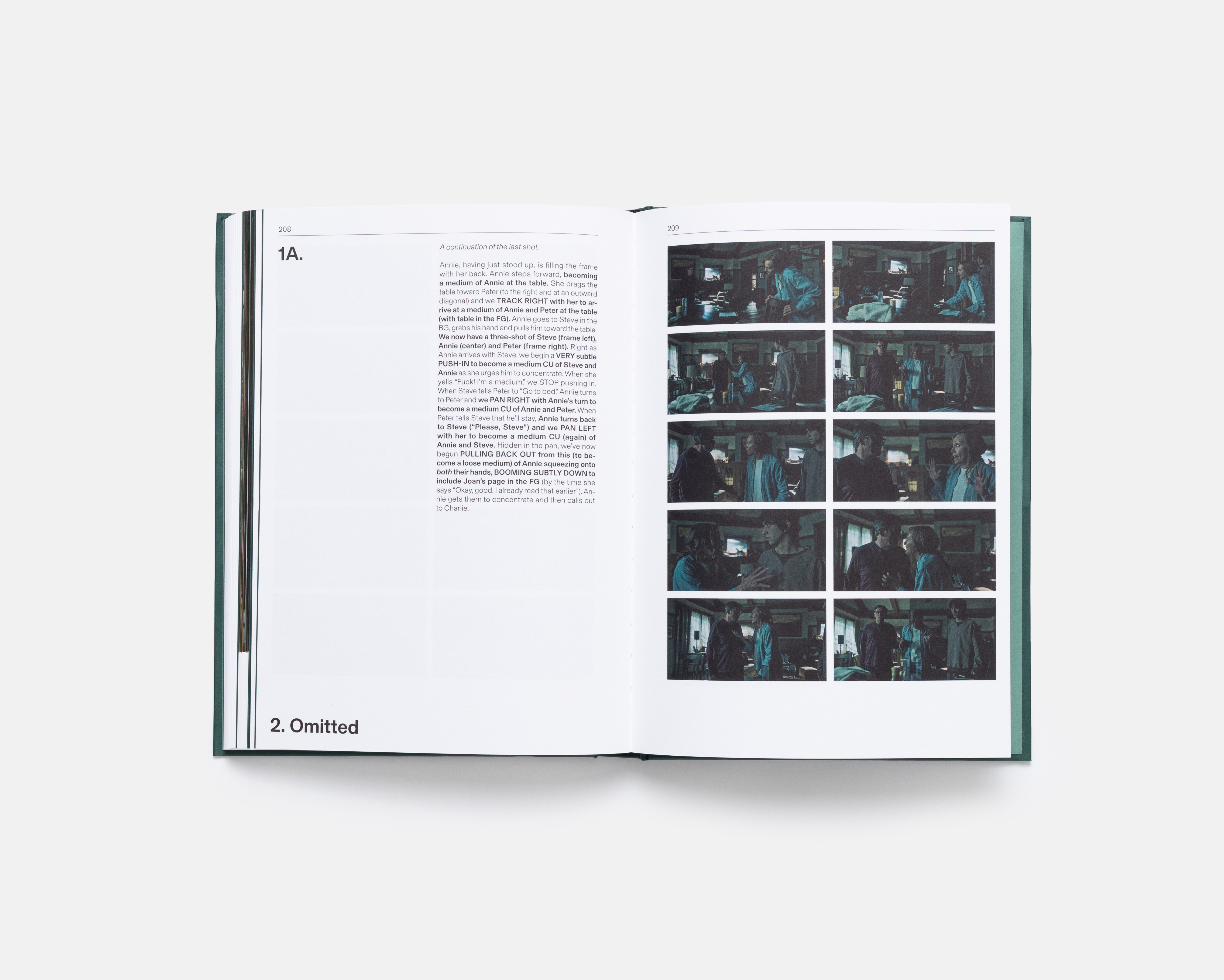 The most terrifying scene in the film isn’t the headless body of the grandmother, or the headless body of the daughter. It’s not the ghost in the corner, the father on fire, or the mother dangling from the rafters. It’s the mother wailing in her bedroom after her daughter dies. She is prostrate on the wooden floor, beside the same bed where she nursed her as an infant years before. It looks like she’s praying. There is something holy about loving someone so much you can’t recover from losing them. There is something sacred and terrifying about the possibility of being utterly destroyed by attachment.

This is the most frightening thing I could imagine—a love so strong it overwhelms me utterly—and I don’t have to imagine it. It’s a cold glass of water and a fingernail the size of an apple seed. It brings me to my knees. It lives under the skin. Right where she was. Right where I was. Where we remain.