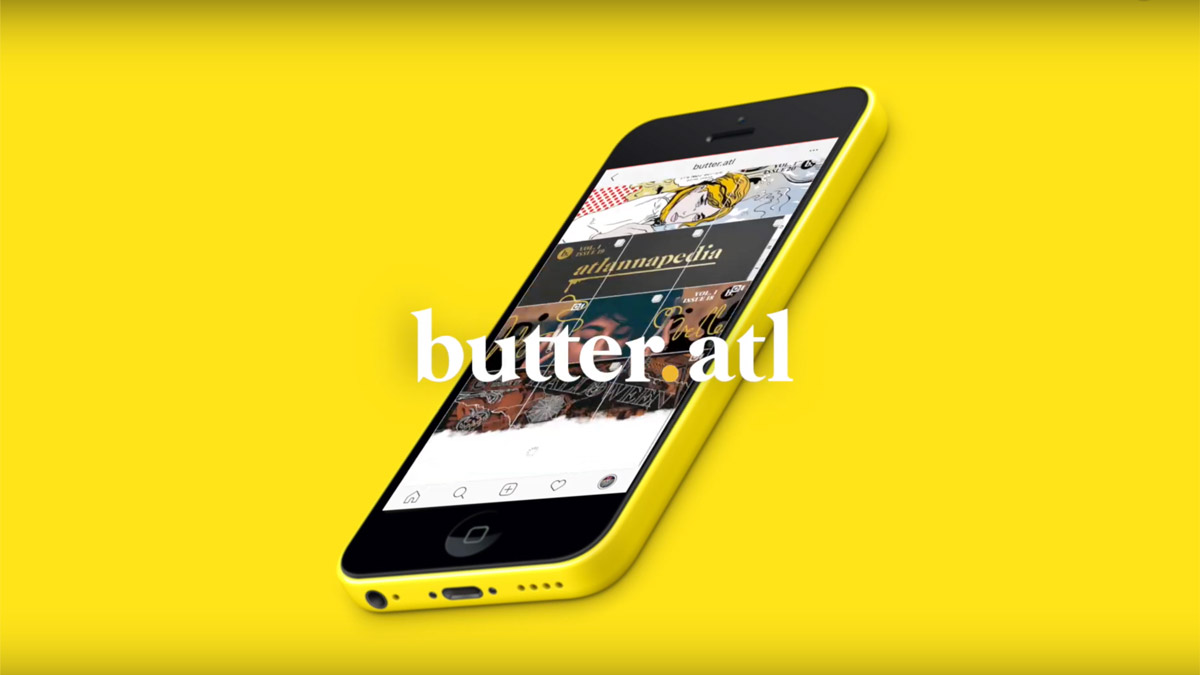 At the time, the then-director of project management at Dagger, an Old Fourth Ward-based advertising agency, was speaking to the company’s CEO, Mike Popowski. A team had been assembled to launch the Dagger’s own in-house media company. There were lofty goals to turn the idea into a go-to destination for all things Atlanta culture, but it hadn’t really taken off.

“I said, ‘Look man, if you want it to work, just let me run it,” Butler recalls. “I told him, ‘I’m from Atlanta. I’ve been here my whole life. I know more than anybody else that Atlanta needs an authentic, modern voice.’”

Starting on Instagram, Butter went through a beta period in 2018 before officially launching the following year. At the onset, the channel’s content mostly centered on deeper dives into Atlanta-centric topics from Waffle House and Atlanta United to the Trap Museum. With newsrooms fading across the country, readers missing their favorite alternative weeklies, and the proliferation of hot takes galore, Butter wanted to help fill a void in the city’s information loop. That paid off as a worthy investment.

“I was actually able to bring in close to six figures in revenue in brand deals,” Butler says. “There was no vision or belief that Butter would even make any money. All of a sudden, within two months of me taking over, we’ve got six figure checks coming in.”

Soon, Butler and team quickly realized that while their efforts to create a well thought-series were appreciated, the Internet’s collective attention span called for quicker hits. This meant more memes, quizzes, and interactive campaigns—all tied to Atlanta’s past, present, and future.

Since you’re probably tired of jigsaw puzzles by now… can y’all spot @Andre3000? (And while you’re at it – how many @Braves caps can you find?)

“What I realized was, while it’s great that we’re doing these really in-depth pieces, in the world of content, you’ve got to feed the beast,” he says. “How do we make sure that on a day-to-day basis we’re cranking out non-stop stuff that’s relevant to Atlanta?”

Like any company wanting to tell and sell stories, there was a need to strike a balance between quick-turn-around content and more longform approaches. Butter’s staff was still cranking out daily posts, but were also thinking of potential franchises. The end result is popular video series like the Atlannapedia, and Whip’d. The former is arguably Butter’s most well-known series, featuring prominent locals explaining different Atlanta topics from A-Z.

With over 60,000-plus followers on Instagram alone, Butter averages over 1.5 million monthly impressions online. More than half of their audience comes from the metro area. Their growing influence was only magnified when they partnered with ChooseATL and Atlanta Influences Everything to help the tech community celebrate 404 Day this past April 4. Even though pandemic and shelter-in-place orders altered the original in-person event, the event was held virtually and hosted by Jermaine Dupri.

But things changed for Butler and his staff toward the end of May. In light of protests sparked by the deaths of George Floyd, Ahmaud Arbery and Breonna Taylor, there seemed to be less of a need for ATL-themed quarantine games and more of an opportunity to use the platform for community dialogue.

“I knew for a fact that there were going to be a lot of ‘conversations’ that, to be totally honest, weren’t going to really lead to anything,” Butler says. “They were just going to be celebrities and people with lots of followers talking about big issues.”

So, Butler went live on Butter’s Instagram account, sharing his own experiences and urging their audience to join and speak up.

“I said, ‘Everybody who follows Butter, instead of me coming on here and saying, ‘We need to have a conversation about police brutality and Black Lives Matter, if you have simply just experienced something and you want to be heard, my channel is open. And I probably just had 20 brothers come online and just tell stories.”

What followed was an official post on June 1, announcing Butter’s new text line, called Now Atlanta (404-724-5029). Citing the need to keep residents “safe, informed, and engaged,” in the fight against racism, the line mirrors Butter’s original mission—keep Atlantans in the loop about their city. Sure, Butter is in talks for more branded partnerships and merch collaborations in the future, and business is going well. However, with yet another death of a Black man at the hands of police, business can wait, Butler says. In recent weeks, the Instagram account has shared posts about voter suppression, explainers on the calls to defund police departments, lists of Black-owned businesses, and information about protests.

Butler, self-described as a kid from Stone Mountain who grew up watching Monica Pearson (when she was Kaufman), reading Creative Loafing’s blotter, and listening to V-103’s Mike Roberts for city intel, says you can’t tell authentic Atlanta stories without incorporating the characters and settings of the moment—both the bad and good.

“We cannot be business as usual when all of this is going on,” Butler says. “So we’re going to stop our existing content calendar. We just felt like Atlanta needed that at that moment. And to be totally honest, I was like, ‘If we don’t do it, who else will?’”