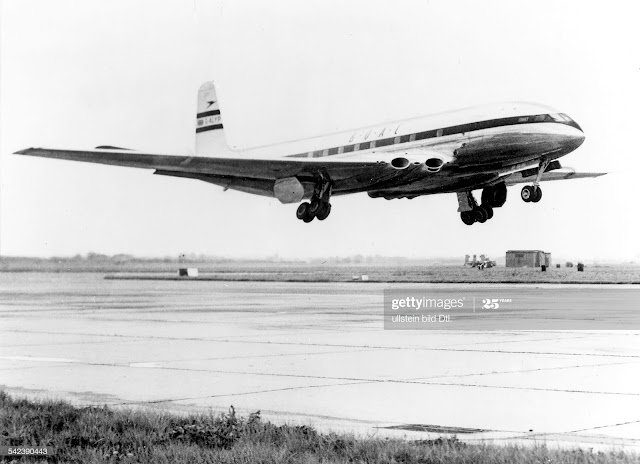 I invite you to watch as the sleek midnight blue and white aircraft designated “Yoke Victor” slowly begins its takeoff roll down runway 19L.  The four de Havilland Ghost turbojet engines cradled close inboard within the wings roared as they produce 200,000 pounds of thrust. At 112 knots Captain Maurice Haddon imperceptibly pulled back on the control column and 100,000 pounds of aluminum alloy, wires, rubber tubing, ambitions and 43 souls floated off the asphalt. 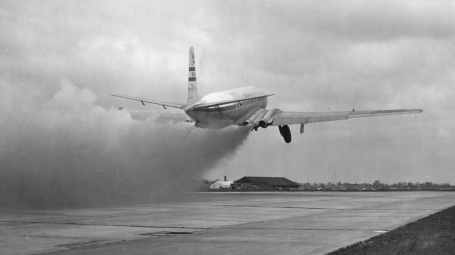 It is 4:39 pm on the sweltering hot Saturday, of 2 May, 1953. Thunderheads are feasting on the heavy air above Calcutta, like false promises of Indra the King of Heaven.  As the twin bogie wheels of “Yoke Victor” fold neatly into the underbelly, the crew and passengers of Flight 783 have less than six minutes to live.
Comet Take Off 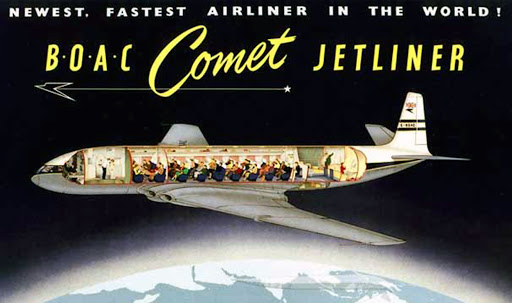 Over the previous decade the sun had begun setting on the British Empire. India and Palestine were already free. Egypt was straining at the leash, as were South Africa, Indonesia, Malaysia and Singapore. Designed over that same time span, the world's first passenger jet, the De Haviland designed and built Comet (above), was a bold technical gamble which, if won, would give Britain a five year advantage in civil aviation. 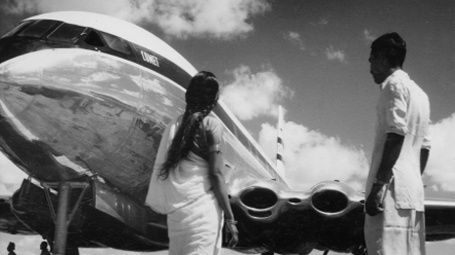 The Comet cruised at twice the speed of its piston engine competition, the American built DC – 4, cutting travel time between London and Singapore or South Africa by two days. For example, Yoke Victor, the 8th Comet assembled, had begun this day in Singapore, passing 1650 hours of safe flight since leaving the De Havilland factory three years earlier. 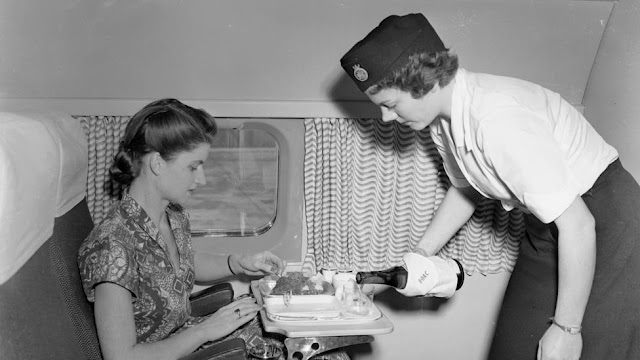 On the flight to Calcutta the pressurized cabin provided shirt sleeve comfort while flying 9 miles above the weather,  with the thin aluminum tube strong enough to maintain 8 and 1/4 pounds of pressure difference between inside and and the -55 C thin air outside. Hydraulics amplified the pilot's muscles to compensate for the 80% reduction in air pressure. The jet engines burned cheap kerosene and were more reliable, making even a half empty Comet profitable for the operator, British Overseas Airways Corporation. 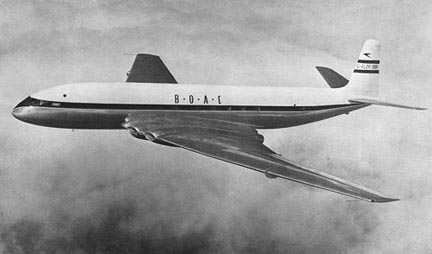 Four minutes after taking off, as Yoke Victor climbed northwestward over the dry West Bengal plains, Radio Officer Alfred Wood notified their next stop at Delhi they expected to cover the 800 miles in two hours and 19 minutes. He then added, “Climbing to 32,000 feet.” Two minutes later Delhi informed Yoke Victor of the local barometric pressure, so the crew of the Comet could fine tune their altimeter. There was no response. 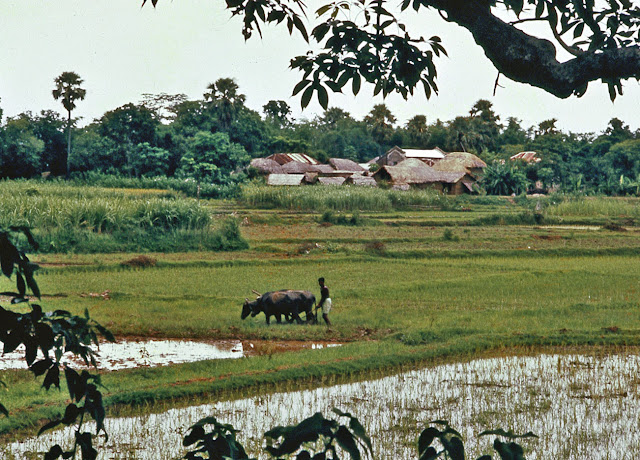 Twenty-five miles north northwest of Calcutta, in the rice paddies and jute fields outside the village of Jagalgori, field workers were suddenly pummeled by a 60 mile per hour gust of wind. Then they
heard a distant explosion and saw a flash of light. Looking up they witnessed an airplane on fire, saw it split in two, and watched in horror as the pieces fell to the ground all around them. Many ran to the flaming wreckage but it was quickly evident there was no one to be helped. Twenty minutes later a constable telegraphed the police in Calcutta, “Plane knocked down by tempest.” Like all first reports, it was wrong. 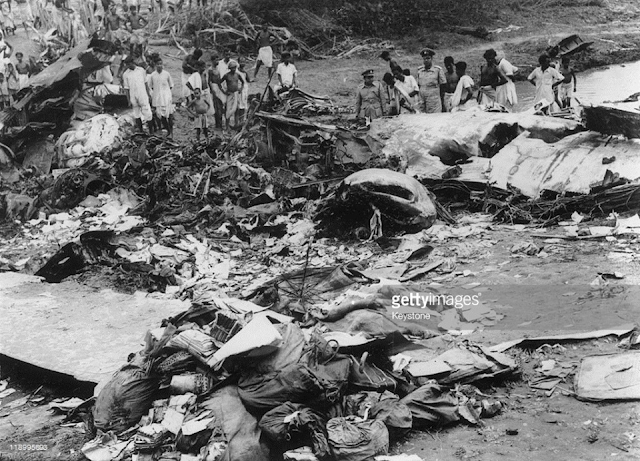 There was no radar track of the flight of Yoke Victor, and no data or cockpit voice recorder. Investigators could only study the 5 mile long path of debris. It lay generally along the aircraft's heading of 334 degrees.  The scattering indicated the plane had broken up at high altitude. 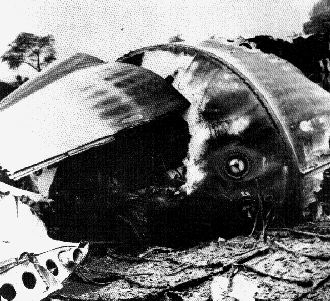 At the southern end of the debris field were the port outer elevator with port top skin of Yoke Victor, then the starboard outer elevator with sections of the starboard bottom skin. The tubular cabin structure had landed, upside down in two pieces - nose to half way down the tube at frame 27, and the aft center section, including the stub of the wings encasing the engines, to the pressure bulkhead at the rear of the fuselage (above) - all of which landed in a dry river bed and in the branches of a large tree.
Calcutta Crash 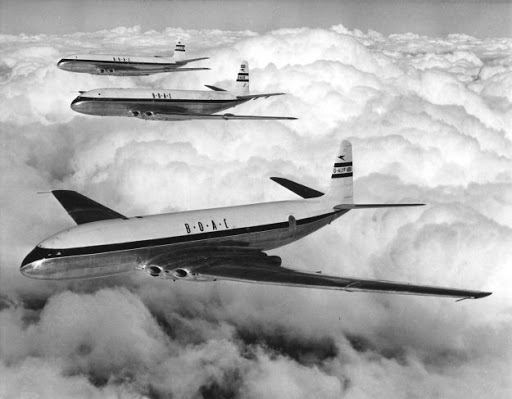 Because of the paucity of evidence, the Indian court of inquiry issued their report a mere three weeks later. BOAC flight 783 had crashed they said, because of either “Sever gusts encountered in the thunder squall...” or, because of unease about the new hydraulic control system,   “Over controlling or loss of control by the pilot...” Making their own assessment of the jigsaw puzzle of parts, De Haviland agreed with the Indian court. Yoke Victor had been destroyed in mid-flight by either an “act of God”, or pilot error. It was recommended that in the presence of turbulence the speedy jets be slowed down.  But no one questioned keeping the Comet in the air. 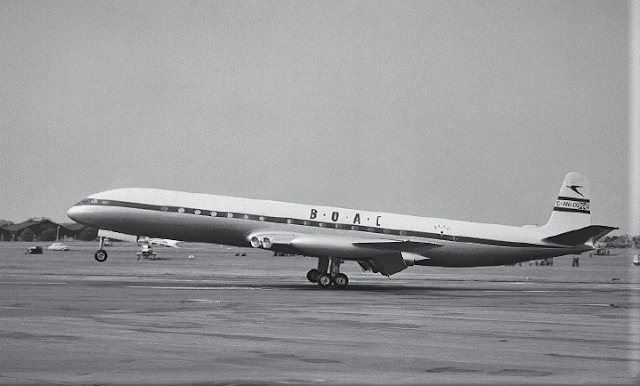 Seven months later, on Sunday 10 January, 1954, another Comet rolled down a runway, this time at Rome's Ciampino airfield. On it's tail was prominently displayed it's International Aircraft identification:, G-ALYP; “G” for Great Britain, “A” indicating a heavier than air craft, “L” for the 12th pass through the 26 letters in the alphabet, “Y” for a De Haviland and “P” for the Comet hull number 60003 – the third Comet constructed and the first to be released into service with BOAC. 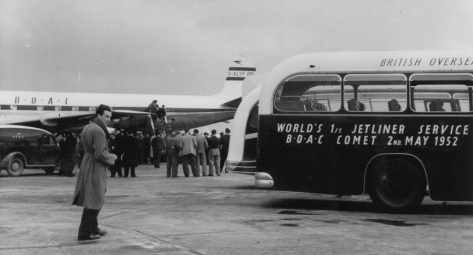 Yoke Peter first flew on 9 January, 1952. After test flights it was turned over to BOAC for 39 hours of training flights. Then, on 2 May, 1952, Yoke Peter became the first Comet to enter scheduled service, with a 21 hour flight from London via 5 stops to Johannesburg, South Africa. In its first year the 8 Comets in the BOAC fleet flew 12 million miles, carrying 30,000 of the wealthy and privileged, 35 at a time. 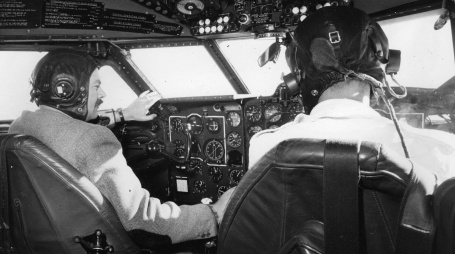 The plane had begun the day in Singapore, and was labeled BOAC Flight 783 – the last two digits an odd number because the course was to be westbound - with stops in Bangkok, Calcutta, Karachi, Bahrain and Beirut, before arriving in Rome. On the ground at Ciampino airfield, the passengers were off loaded while Yoke Peter was refueled. 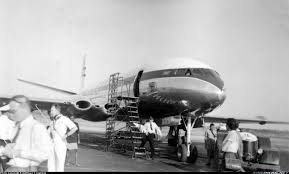 BOAC maintenance chief, Gerard “Gerry” Arthur Bull interrogated the aircrew about problems, and then did a personal inspection, checking the landing gear, and looking for fuel or oil leaks. He found only what he called “incidental damage” and remembered thinking “We've got a clean airplane today.” At 10:18 that morning 31 year old pilot Alan Gibson signed the reports detailing the fuel and cargo on board. 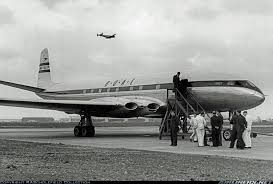 Then the 29 passengers – including 10 children returning from school vacation - re-boarded the aircraft. As they did, at 10:19, a BOAC Argonout (DC 8) piston engine airliner also headed for London, tail i.d. G-ALHJ , took off. 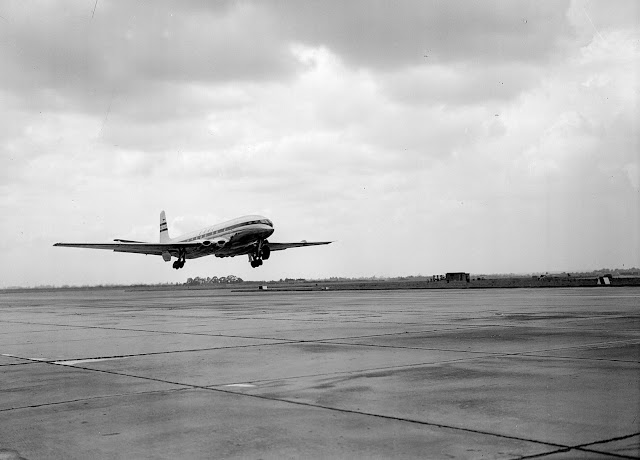 At 10:31am Central European time, 10 January, 1954, 33 year old First Officer William Bury guided Yoke Peter into a sky with a thin and broken ceiling above 15,000 feet. It was near perfect flying weather, and not a storm in sight. Pilot Gibson had more than 6, 500 hours of experience, and Bury, another 4,900 hours. Yoke Peter itself had achieved 3,681 hours of safe, speedy and profitable travel. 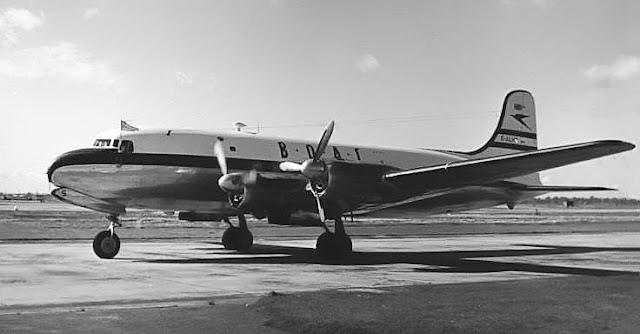 Just after take off Captain Gibson, who was handling the radio, called to Able Love How Jig, asking “In due course, could you pass your height of cloud cover, please?” Captain John Richard Johnson, on the slower DC-8 (above), responded, “Well, we are currently at 20,000 feet. We'll let you know when we pass through it.” 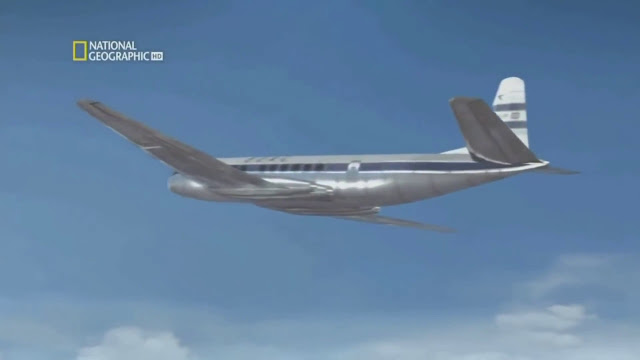 The first “way point” for Yoke Peter was a directional radio beacon, 74 air miles northwest of Rome. At 10:42am Captain Gibson contacted the airport, “We are abeam of the Civtavecchia beacon, flying at 23,000 feet.” Eight minutes later, at 10:51am, as Yoke Peter climbed out over the Tyrrhenian Sea Gibson was heard from again, calling, “George How Gig, from Yoke Victor.” Captain Johnson quickly replied, “George Yoke Peter from George How Jig, go ahead” Captain Gibson said, “George How Jig. Did you get my....” Abruptly the radio went silent. 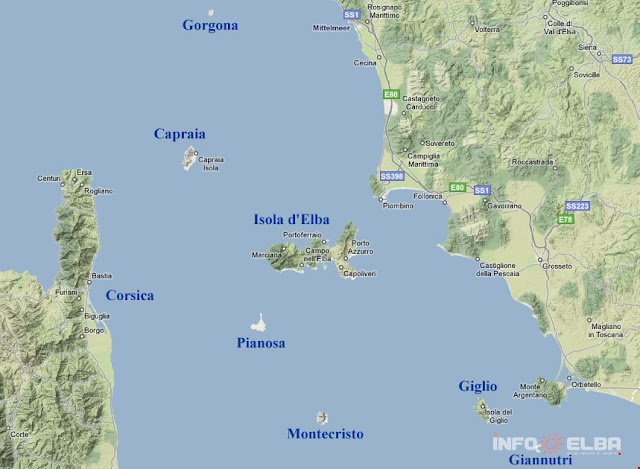 Johnson was concerned by the way Captain Gibson had been cut off in mid-sentence, and immediately tried to raise Yoke Peter again. When there was no reply, he contacted Rome, “We lost all contact with BA 781, and then they seemed to disappear. Can you read them?” At 10:56 Rome called out to Yoke Peter. Again there was no reply, because, by then, everyone on board, was dead. 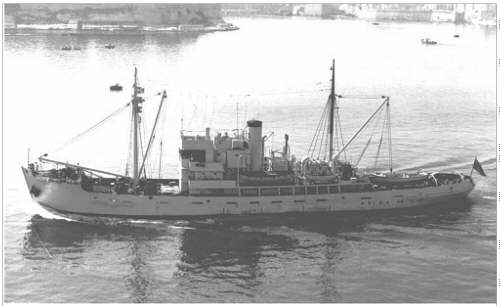 Some 27,000 feet below on the ocean surface, some five miles south of the iron rich Cape Calimati on Elba, two fishermen heard the Comet before being suddenly startled by what 33 year old Luigi Papa called “...a break in the air”. His partner, 31 year old Givanni Di Marco, described “... three explosions, very quickly, one after the other”. For a moment all was quiet. Luigi remembered, then “...I heard a sound like thunder, but it was not like any thunder I had heard before.” Givanni saw, several miles away, “...a silver thing flash out of the clouds. . Smoke came from it. It hit the sea. There was a great cloud of water.” 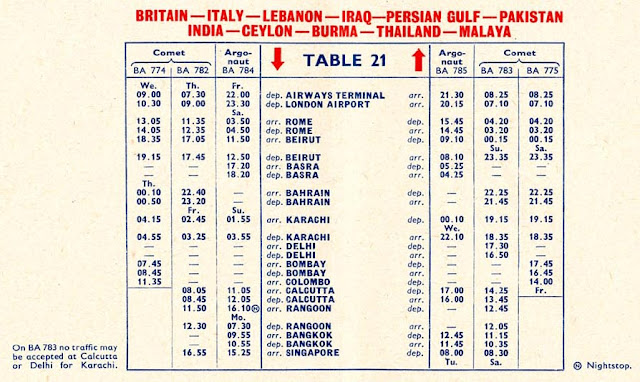 The two men headed to the spot as quickly as they could. But, “By the time I got there all was still again,” recalled Givanni di Marco. “There were some bodies in the water. We began to pick them up. There was nothing else we could do." Still in shock Luigi Pappi said sadly, “Every time we went near a corpse we would shout, come over here, come over here! Because they seemed still alive, their eyes open. But when you got near you could see they were dead.”

The surface of the ocean was covered with debris and bodies from the innovative Comet, north of the romantic island of Montecristo, east of the prison island of Poanso, some 16 miles off the coast of Tuscany and 5 miles south of the fabled island of Elba in 400 to 600 feet of water. There were no survivors. 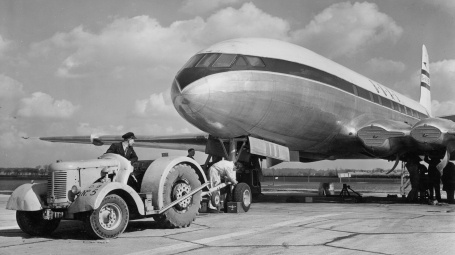 And from the instant of the crash, officials at De Haviland, BOAC, and the British Air Ministry began to wonder, what the hell was wrong with the Comet. 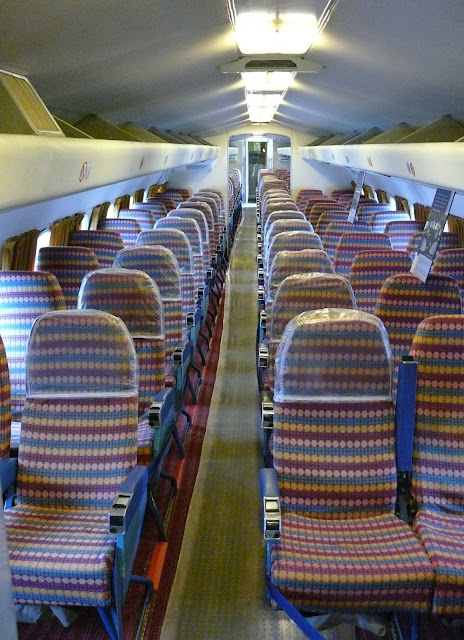