Woodin' you know it that our constructor Steve Mossberg has gifted us today with a small forest of trees bracketing four themers:

18. Words of deferential obedience: AS YOU WISH.  Whatever. The tree in this clue is the ASH,  popular for creating the baseball bats known as Louisville Sluggers.  Our neighborhood was planted with these beautiful trees along the road when it was founded back in the early 20th century.  We had one in our front yard, but sadly they were all felled by a lowly insect called the Emerald Ash Borer.  These images don't begin to capture the beauty and grandeur of these trees:

24. Trendy coffee additive: OAT MILK.  The OAK.  Another magnificent tree, but hardier than the Ash.  There are many varieties of OAK: E.g. WHITE, RED, BLACK, CHESTNUT, and PIN.  The tree in the lower left is a WHITE OAK and I'm pretty certain it is the WYE OAK that stood on Maryland's Eastern Shore for over 400 years.  It was the largest White Oak tree in the United States and the State Tree of Maryland from 1941 until its demise in 2002.  My first visit to the Wye Oak was on the day it was destroyed by a storm.  It was splayed all over the town. 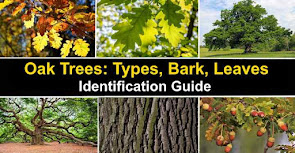 31. It helps achieve a crispier pie crust: PIZZA STONE.  Not a mineral I'm familiar with.  But I am familiar with the PINE.  Unlike the previous deciduous trees, PINES are conifers.  The former drop their leaves in the Fall and the latter drop them continuously, but in much smaller quantities.  One of the keys to identifying conifers is the number of needles in each sprig.

39. One way to find a website: BING SEARCH.  Bing is Microsoft's search engine.  While BIRCHES generally prefer Northern climates, the PAPER BARK BIRCH seems to do well in Maryland.  Not only do they shed their leaves in the Fall but their catkins in the Spring.  And their bark slowly sheds off in large sheets year round, hence their name.  Here's one planted years ago, just outside our garden: 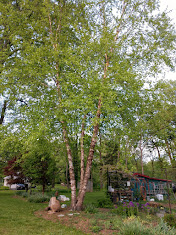 And the reveal bundles them all back together:

54. Do a campground chore, and a hint to the circled letters: SPLIT WOOD.  They say that chopping wood warms you twice: first when you're splitting it and then when you're burning it.

1. Core-strengthening exercise: PLANK.  This type of plank (as opposed to a piece of WOOD) is an exercise: "a push up that you hold it until you say 'uncle'".  A CSO to our unclefred!

6. Longtime Manhattan punk rock venue: CBGB.  Stands for Country BlueGrass Blues, but  a funny thing happened on the way to the founding of this club. It became so famous they had to make a movie about it, starring Alan Rickman and Malin Åkerman.  The movie was RATED R (not sure about the trailer):

14. Some area factors: RADII.   The areas of circles and ellipses.  Make no bones about it.

15. Warning from a king: ROAR.  You generally only encounter this royalty on Safaris.

16. "The Daily Show" host Trevor __: NOAH.  I've never seen this show as it comes on after my bedtime.  The original NOAH was STREAM-ABLE.  Why should TREVOR be any different?

17. Medicine cabinet brand: ORAL B.  Tooth paste or floss.  I prefer REACH FLOSSERS.  Despite the excessive size of my mouth, my hands are even bigger. 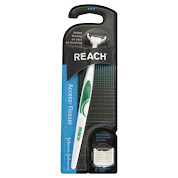 23. Runs across: SPANS.  Like the trees across today's themers.

26. Poetically huge: ENORM.  Like Beowulf's GRENDEL maybe.  Grendel's the one on the right. 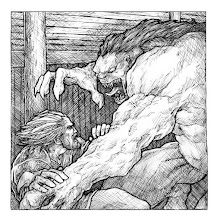 27. Bodega cash source: ATM.  The three letters and "cash" were a dead give away.  A bodega is a small corner store or market that sells groceries and wine. Many bodegas are located in Spanish-speaking neighborhoods of large cities.  The word bodega means "wine shop" in Spanish, and it shares a root with the French boutique, and the Greek apotheke, or "store."  Whatever they're origin, they're not charities.

28. Jazz classic, say: STANDARD.  Here's God Bless the Child sung by Billie Holiday, who was born in Philadelphia and lived for a time in the Sandtown neighborhood in West Baltimore:
34. Dude: GUY.

38. Silent communication syst.: ASL.  American Sign Language.  We have a signer at Mass and it amazes me that she can listen to the priest behind her and interpret for the deaf people in front of her at the same time.  And she's the only lay person I know who says ALL of the words in the Mass.

45. Customizable Nintendo avatar: MII.  A Mii (/miː/ MEE) is a customizable avatar used on several Nintendo video game consoles and mobile apps. On the 3DS and Wii U, user accounts are associated with a Mii as their avatar and used as the basis of the systems' social networking features, most prominently the now-defunct Miiverse.  Sounds like it was all about Mii. 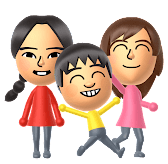 47. Pyromaniac: FIREBUG.  Enough with the crazies.  I recall that Johns Hopkins University was doing research on FIREFLIES when we were kids and they would actually pay us small sums of money to collect them in Mason Jars.  Here is everything you ever wanted to knowabout these amazing creatures.

51. Shot banned in some pool halls: MASSE.    Masse shots have a greater potential to damage the cloth on the pool table. If an establishment doesn't allow those shots it's probably because most of the players in an average pool room aren't of high enough caliber to execute them.  This one's for all you pool sharks out there:

52. Tree hangers, at times: HATS. Clever clue. Wanted BATS, but perps told me Lucina wouldn't hear of it.  A HOLA to Lucina!

60. Replace a dancer, perhaps: CUT IN.  Another cute clue.

63. Prepared to be knighted: KNELT.  A Knight's female equivalent is a Dame.  The youngest person to receive a Damehood in modern times was the sailor Dame Ellen MacArthur, who was 28 when she was honoured. Tennis player Andy Murray is the UK's youngest knight after he received a knighthood in 2016 at the age of 29.   The names of honorees are preceded by either Dame or Sir and they can also use DBE and KBE after their names, the "BE" being the anachronistic "BRITISH EMPIRE".

2. Early insect form: LARVA. Trillions of Brood X Cicadas are way beyond the LARVA stage and may be upon us as you are reading this.  "Seventeen Year Locusts" are a real force of nature and by my calculations this will be my fourth CICADA EXPERIENCE.  They are harmless, but their high pitched singing for perspective mates, multiplied by millions per acre, is so deafening night and day, that I've purchased contractor ear muffs so that DW and I can hear ourselves think while we work in the garden.  Aren't they cute 😊: 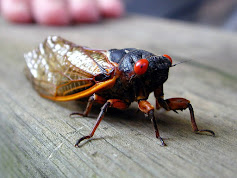 3. Change as needed: ADAPT.  We're gonna' have to ADAPT to these critters for about a month. 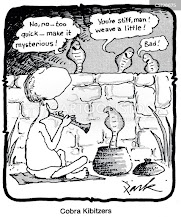 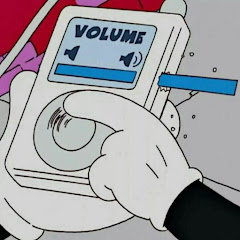 9. Bond before Craig: BROSNAN.  Pierce Brosnan OBE is an Irish actor, film producer and environmental activist. He is best known as the fifth actor to play secret agent James Bond in the Bond film series, starring in four films from 1995 to 2002 and portraying the character in multiple video games. The first actor was of course was Sir Sean Connery KBE, who died last year.

11. Cousin of card tricks: COIN MAGIC.  There are copious coin trick videos out there, but we only have time for one:

12. Popular avocado variety: HASS.  One of my favorite fruits and the only one for which I know the Product Lookup Code (#4225).  The name is not a type of avocado, but rather the name of Rudolph Hass, who developed the original cultivar commonly referred to as California Avocados.  Hereis everything you want to know about them.

22. Michigan city or college: ALMA.  A CSO to JzB!  Everything you want to know about the town of  Alma, Michigan(and I mean EVERYTHING) and its College.

25. Kid's menu diversion: MAZE.  It's amazing the ways you can distract kids.  Youngest grandson is just getting into jigsaw puzzles.

26. Stiff collars: ETONS.  You can order your very own ETON COLLARhere.

35. Bub: MAC. noun.  The OED defines BUB as "An aggressive or rude way of addressing a boy or man".  One of the OED's definitions for MAC is "A form of address for a man whose name is unknown to the speaker."  IMHO you're taking a bit of a risk by being rude to a man you don't know.

39. Help for a parade-watching tot: BOOST.  Full disclosure.  I do NOT work for President Brie.

40. "You didn't fool me!": I KNEW IT.  You can't be too careful these days.  I always try to get at least 3 independent sources for claims I read in the media.

41. Send forth: EMIT.  In the last decade of the 19th Century  Marie Curie, her husband Pierre, and Henri Becquerel discovered that certain substances EMITTED radioactivity (alpha particles, beta particles, and gamma rays).  All three were awarded the Nobel Prize for Physics in 1903, Marie being first woman to receive a Nobel Prize.  Pierre died in a Paris street accident in 1906.  In 1911 Marie received a second Nobel Prize in Chemistry, this time for her isolation of two radioactive elements,  Polonium (#84), named after her native country Poland, and Radium (#88),  Unaware of the dangers of radioactivity she took no precautions in her lab work.  She later died of aplastic anemia in  July of 1934, believed to have resulted from radiation exposure .

42. Miserable in mid-flight, perhaps: AIRSICK.  I used to travel quite a bit for work and never developed airsickness.  Seasickness was a different matter.

44. Bilingual Muppet: ROSITA.  Rosita lives on Sesame Street.  Here she is with her puppeteer Carmen Osbahr: 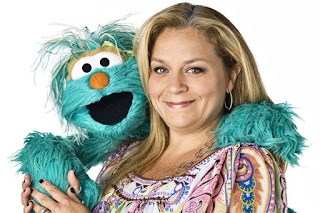 47. Crew cut cousins: FADES.  Whenever I used to get my biannual haircut I'd tell the stylist to cut off as little as possible (so as not hasten the inevitable), but just enough that DW could tell that I got a haircut.  Now that DW is cutting my hair, she just has her way with me.  Here's one example of apparently many FADE styles: 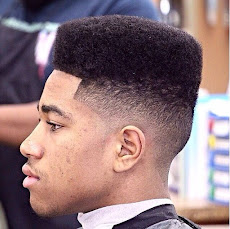 57. Vow taker: NUN.  These VOWS usually include chastity, poverty, and obedience (see 18A).  Since nuns appear frequently in crossword puzzles (this past Monday in fact),  and as this is the last clue, I thought I'd close with an article providing little more info on this subject.  I'll just highlight a few things from it.  First a distinction should be made between NUNS and SISTERS, collectively referred to as RELIGIOUS women. NUNS live in monasteries (closed to lay people) and devote most of their days to prayer, meditation and housekeeping.  SISTERS on the other hand "live in the world" and are involved in services to society such as education, healthcare, and social work.  They may live in convents (which lay people may visit under certain circumstances) or they may even live in houses or apartments with other sisters or by themselves.  Another important point the article makes is that women religious are found in many other religions besides Christianity, such as BUDDHISM, JAINISM, and TAOISM. 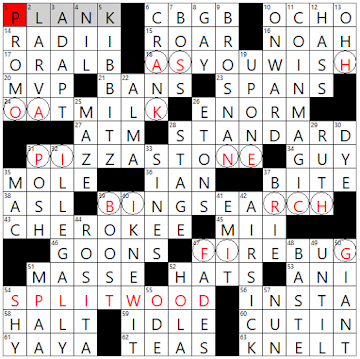