If you’re thinking of hitting the road for Fourth of July, you’re not alone. According to AAA travel predictions, a whopping 47.1 million Americans are expected to travel this holiday weekend, up 40% from last year, with 43.6 million driving and another 3.5 million flying to their vacation destinations.

Travel seems to be making quite a comeback thanks to the rise of Covid-19 vaccinations. The Centers for Disease Control and Prevention (CDC) still recommends waiting until you’re fully vaccinated to travel again, though its website does list guidelines for unvaccinated travelers. Remember to wear a mask on all forms of public transportation within the U.S. and pay attention to local guidelines in the places you’re visiting.

If you’re leaving things to the last minute, the good news is it’s not too late to plan the perfect three-day weekend getaway — or staycation if you’d prefer to relax closer to home. Here’s a look at 14 of our favorite hotel packages and travel deals, all with rates under $275 a night (based on a three-night stay from July 2–5, 2021) and all hotels within driving distance of major U.S. cities.

If you’re looking for a family friendly long-weekend getaway, central Pennsylvania is home to Hersheypark — a whimsical chocolate-themed amusement park in, you guessed it, Hershey — as well as Amish Country in Lancaster and the National Civil War Museum in Harrisburg. Make the Red Lion Hotel Harrisburg Hershey your base, with rates from $209 a night, plus two pools, a playground, an arcade, and volleyball, basketball, shuffleboard and tennis courts to help you unwind after a long day of sightseeing. Stick around for Harrisburg’s Food Trucks & Fireworks event on Sunday, featuring more than 30 food trucks, a wine garden, live music, and a killer fireworks display starting around 9 p.m.

Celebrate July Fourth in our nation’s capital, where a 17-minute fireworks show is set to take place by the National Mall Sunday night at 9 p.m. In the Dupont Circle area, guests of The Ven at Embassy Row can enjoy a complimentary screening of the film Independence Day on Friday, July 2, as part of the rooftop pool’s summer Dive-In Movie series, as well as free rooftop yoga classes on Saturday and Sunday mornings. Holiday weekend rates start at $199 a night.

Just around the corner in the West End, boutique hotel Yours Truly DC is offering two summertime specials just in time for Fourth of July weekend. The Getaway in DC package includes free valet parking and a $50 food and beverage credit to use at its onsite Southern-themed restaurant Mercy Me when you book two or more nights (rates from $225 a night), while another gives you a third night free when you book two nights, making your holiday weekend trip a steal at $148 a night.

Closer to The White House, the D.C. Summer Essentials package at the Washington Marriott at Metro Center provides everything you need for the perfect summer picnic — snacks, sunscreen, insect repellent wipes and a reusable insulated tote bag — when you stay at least two nights from now through September 6, 2021 and use promo code SPU. Nightly rates start at $209 for a three-night stay.

About a 20-minute drive from Washington, D.C. in historic Old Town Alexandria, The Alexandrian and Morrison House are each offering the Love Your Summer package, which includes two unlimited ride two-day Hornblower Cruise tickets for Potomac River water taxis and Monuments cruises, two Key to the City passes for exclusive discounts to museums and other attractions in Alexandria and complimentary valet parking, from $252 and $272 a night, respectively. Visit Mount Vernon, the former estate of President George Washington, which celebrates July 4 with Revolutionary War military drills, performances by the National Concert Band of America, daytime fireworks and the chance to meet the founding father himself.

Just a stone’s throw from Bailey Park, home to Winston-Salem’s celebrated fireworks display, The Cardinal Hotel is offering holiday weekend rates from $156 a night. For a real treat, splurge for a gourmet picnic basket with a blanket, glasses, plates, silverware and cheeses, charcuterie, dessert, water and a bottle of wine or beer arranged by the hotel restaurant’s executive chef ($85 for two, $160 for four).

About 90 minutes away, enjoy the Fourth of July Skyshow from the rooftop restaurant of the Hyatt Centric SouthPark Charlotte, which has nightly rates from $146 over the weekend thanks to its nifty third night free deal.

Make SkyBar at AC Hotel Orlando Downtown your base for viewing all the area’s best fireworks, including those launched from the nearby Walt Disney World Resort and Universal Studios Florida, with nightly rates from $261 including daily cocktails for two. Several breakfast packages are also available.

Just outside bustling Birmingham, The Valley Hotel’s Celebrate America package includes overnight accommodations at the luxury Southern-style property, complimentary valet parking and a $35 breakfast credit to use at its onsite restaurant, Ironwood Kitchen + Cocktails. Holiday weekend rates start at $270 a night. Don’t miss Thunder on the Mountain, a 20-minute fireworks show set to patriotic music, happening Sunday at 9 p.m. at the nearby Vulcan Park & Museum.

Save 20% at Hotel Granduca Austin, with nightly rates from $245 when you book three or more nights. Stick around for the poolside Backyard Brunch BBQ, featuring live Blues music, limoncello and all your summer BBQ favorites — and the epic fireworks display on Sunday night over Lady Bird Lake, accompanied by patriotic tunes played by the H-E-B Austin Symphony.

In downtown Fort Worth, the brand new Kimpton Harper Hotel has holiday weekend rates from $155 a night, putting you within a five-minute drive (or 20-minute walk) of Fort Worth’s Fourth annual fireworks show over the Trinity River, happening July 4 at 9:30 p.m at the Panther Island Pavilion.

Stay in the center of all the Grand Rapids Fourth of July action at Amway Grand Plaza, part of the Curio Collection by Hilton, with rates from $195 a night — or from $224 a night including a $50 daily credit. The hotel’s Celebration package, from $242 a night, gives you a bottle of house wine, daily breakfast for two and late-checkout. Whichever rate you choose, you’ll have a front-row seat to the Grand Rapids Fireworks show on July 3 from Ah-Nab-Awen Park just across Grand River.

Save 20% at the recently renovated Sheraton Phoenix Downtown by staying three nights, bringing rates down to $178 a night if you stay Friday to Monday. Don’t miss fireworks displays from Chase Field on July 3 and 4, or Tumbleweed Park (in Chandler), Westworld of Scottsdale and Gilbert Regional Park on July 4. In Tucson, boutique hotel The Downtown Clifton has rates from $99 a night when you stay Friday to Sunday and mention promo code “independent” when you call to book. Don’t miss the hotel’s BBQ event Sunday night, featuring specialty cocktails and Southwest-style twists on BBQ classics like sliders, coleslaw and potato salad. 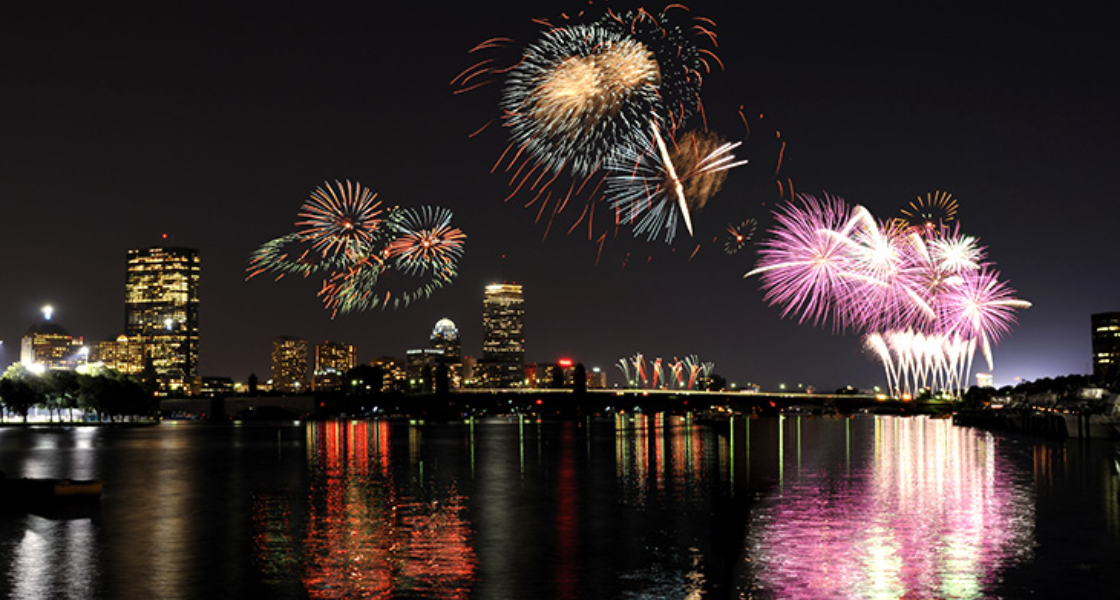