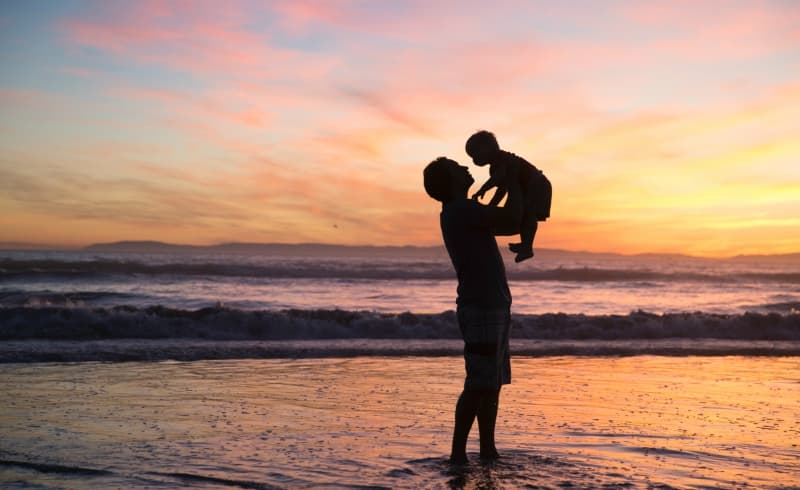 It was 11:00 am. It was just about time for dad to begin his morning routine. A routine that typically comprised of brushing his teeth vigorously, shaving his nappy beard, and taking a warm shower. Getting ready lasted 30 minutes at the very most.

Every day was predictable, just like the rising sun and singing birds, dad’s routine would never miss its timing except for one day.

While standing in the mirror preparing his face with shaving cream, turning on his stainless-steel lithium pro clippers, and proceeding to a downward stroke on his cheek. He noticed something moving towards the edge of his bed. It looked like a foot.

It was not just a foot.

It was a person.

It was me, his five-year-old son. My eyes caught his as I stared into the mirror, and he stared back almost franticly at a reflection that he recognized.

It would be years until I realize that as I looked in the mirror at him and him at me, he was looking at who he used to be, and I was looking at who I was about to become. It was interesting and a bit surprising to see that fifteen years later, I had picked up many of his traits, from his voice to his mannerisms, from his vocabulary to his values and countenance.

It is even more amazing to think that one day I would stand in the mirror getting ready to commence my day, only to be bewildered by a reflection of who I used to be — my son who would grow up to admire me and want to be just like me. I would have to be a model man worth his emulation.

Harking back to the mirror and the reflection I saw. I did not realize the symbolism behind looking in the mirror and observing the action being performed before it. Having taken a psychology class, I learned that children learn the most through observation. At that moment, watching my father shave his beard prompted me to want to use a razor on my skin. To do so would be rob myself of the experience of a great gift by opening the package too early.

Fortunately, my dad was able to keep all the razors away from my curious hands. Unfortunately, he was unable to keep his negatives traits away from my magnetic mind. My father was very emotionally absent, and this was apparent in the way he treated his family. He lacked the emotional intelligence to convey, construct, and express his emotions without hurting the people around him. This could have been a result of this upbringing or his occupation. I can’t explain where it came from, but I can tell you this; it hurt!

One day my mother made him dinner. It was red beans, white rice, and cream-based tomato sauce. She served my father like the king he portrays himself to be. With silver cutlery that had his name etched on every edge of the silverware, plates made with magnificent glazed pottery, and exotic cashmere napkins to wipe his mouth after every bite. His food was placed on the seven-foot glass dining table, with a chair that had a majestic headrest that looked like the crown of an Egyptian Pharaoh. It was opulence at its very best — just the way he liked it.

Fifteen minutes after going downstairs to the dining room to have his meal, a loud, high pitched sound came from the dining room. It sounded like a fork falling onto marble floors. He emerged from the staircase and said to my mother, “did you cook the food with sand and chewing gum?” My mother was dumbfounded and unequivocally embarrassed by this hideous allegation.

What a rude thing to say to your wife! I thought to myself very curiously.

Fifteen minutes after going downstairs to the dining room to have his meal, a loud, high pitched sound came from the dining room. It sounded like a fork falling onto marble floors. He emerged from the staircase and said to my mother, “did you cook the food with sand and chewing gum?” My mother was dumbfounded and unequivocally embarrassed by this hideous allegation.

What a rude thing to say to your wife! I thought to myself very curiously.

As a young boy who looked up to his father, I thought, “maybe he could be right”.” maybe that tone is okay.” I accepted that his reaction to disliking the food was acceptable. Subconsciously, I adopted this hideous behavior. Unfortunately, it would take me years to realize that I had become the man in the mirror.

Peddling forward to my late teens, it had become even more evident that I had become the product of the producer. A clone of some sort. Made to fit the archetype of the man in the mirror.

Unpredictable. These were the traits I picked up as a consequence of being a child and loving my father. Soon after, I found myself in a relationship with a girl I would aspire to grow in love with. A dream with a white picket fence and beautiful house overlooking a lake in a quiet town, with three kids running around, money in the bank, and cars in the garage. A dream of a golden girl I could call wife. She had beautiful nappy hair, smooth, soft skin, and a peaceful presence that permeated every room she walked into. Unfortunately, those dreams remained dreams and the nightmare of losing her became a reality.

During a disagreement with her, I began to spit venom. Venom that would linger in the veins of our relationships, leave irreparable scars and eventually lead to the demise of the relationship. One thing I remember saying to her was that our relationship was like going to an ATM and withdrawing funds. Upon withdrawal, the money would have been debited from my account, but there would be no physical evidence of the transaction, meaning no cash. I said this without understanding the impact; I said this without knowing that those words would linger in her memory even years after our had relationship ended.

To all my readers that made it this far, it is important to note that your primary caregiver teaches you about relationships. They show you the archetype, the standard of what relationships should look like and you take that into the world as a curious young adult. If, by any definition, there were blemishes in the model, you are likely to adopt those errors. This story doesn’t have a tragic ending, but a victorious one. Being able to move away from my parents made all the difference.

I had the opportunity to self-reflect on who I was as an individual. I had to understand that the man in the mirror was not me. Even if he was a hero, an erudite leader, or the executive assistant to the president, he is not me. I don’t have to try to be him. My admiration for him should never supersede my admiration for myself. I had to realize that my heart was so fond of him because of all the attention he didn’t give me. Upon realizing the work I had to do to find myself; I found power in unlearning that which would not help me create the future I aspire to have.

To my readers, I want you to realize that looking in the mirror through another person’s reflection is dangerous enough to distort your perception of yourself. I urge you to analyze your emotions, query your biases, and search for its origin. You might realize that the battle you are fighting is not your own. This would help you begin the work of breaking away from the man in the mirror.

If you believe in the work we are doing here at The Good Men Project and want to join our calls on a regular basis, please join us as a Premium Member, today.

All Premium Members get to view The Good Men Project with NO ADS.

Talk to you soon.

The post How I Became My Father appeared first on The Good Men Project.