Even when Noreasterwinter winds are blowing and the majority of the regions lobster shacks are shuttered for the season, there are still plenty of great places to get a top-notch New England lobster roll. Frequent Yankee Magazine and NewEngland.comcontributor Mike Urban shares his expert picks for thethe 10 best lobsterrolls that will satisfy your wintertime craving for New Englands favorite seafood sandwich.

Where to Find the Best New England Lobster Roll in Winter 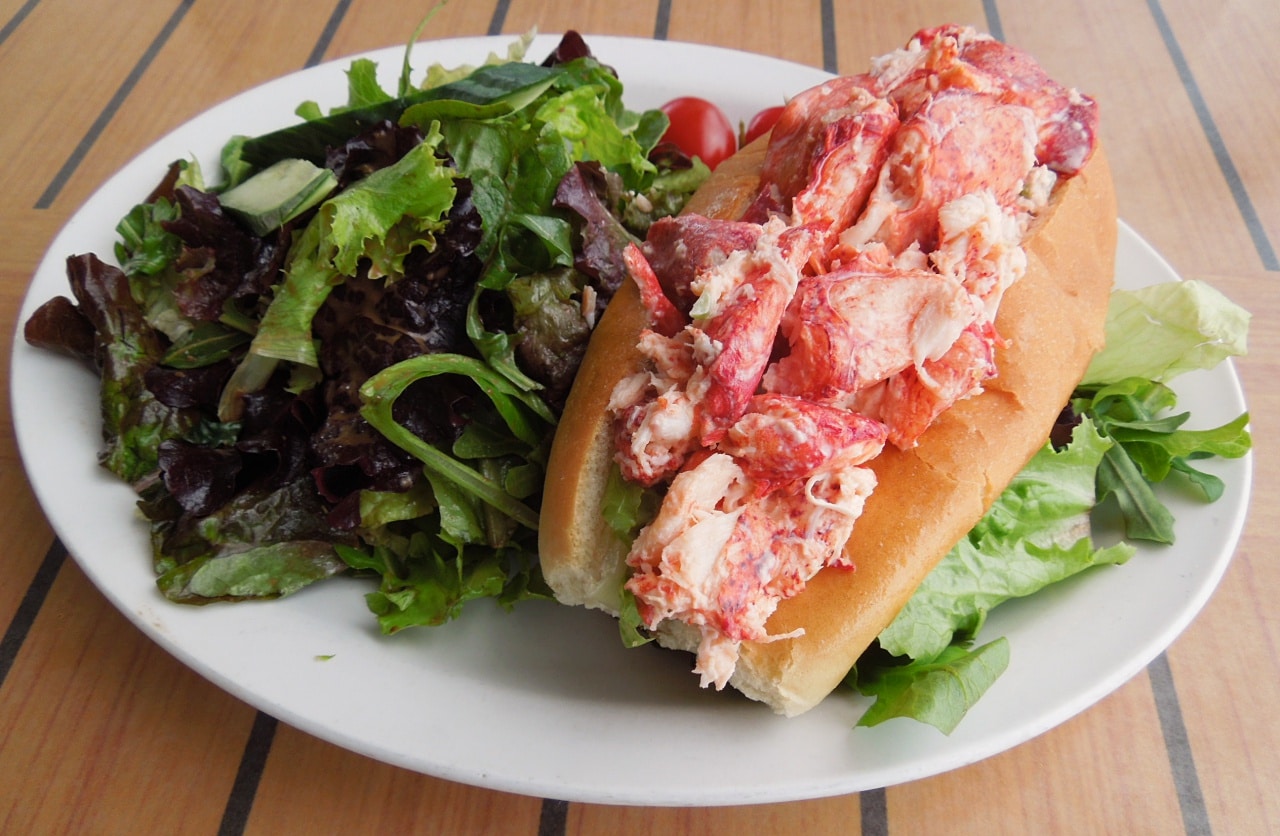 Tucked away on a sliver of land close to the Block Island ferry, this innovative oyster and organic vegetable farm has an excellent cold New England lobster roll thats served year round in a beautiful setting overlooking the restaurants thriving oyster beds. You get five ounces of super-fresh lobster meat, tossed with a bit of mayo, on a leaf of lettuce, all tucked into a toasted bun. The side of choice is definitely the fresh-picked greens from the adjacent organic vegetable farm, much of which is under glass for year-round production. 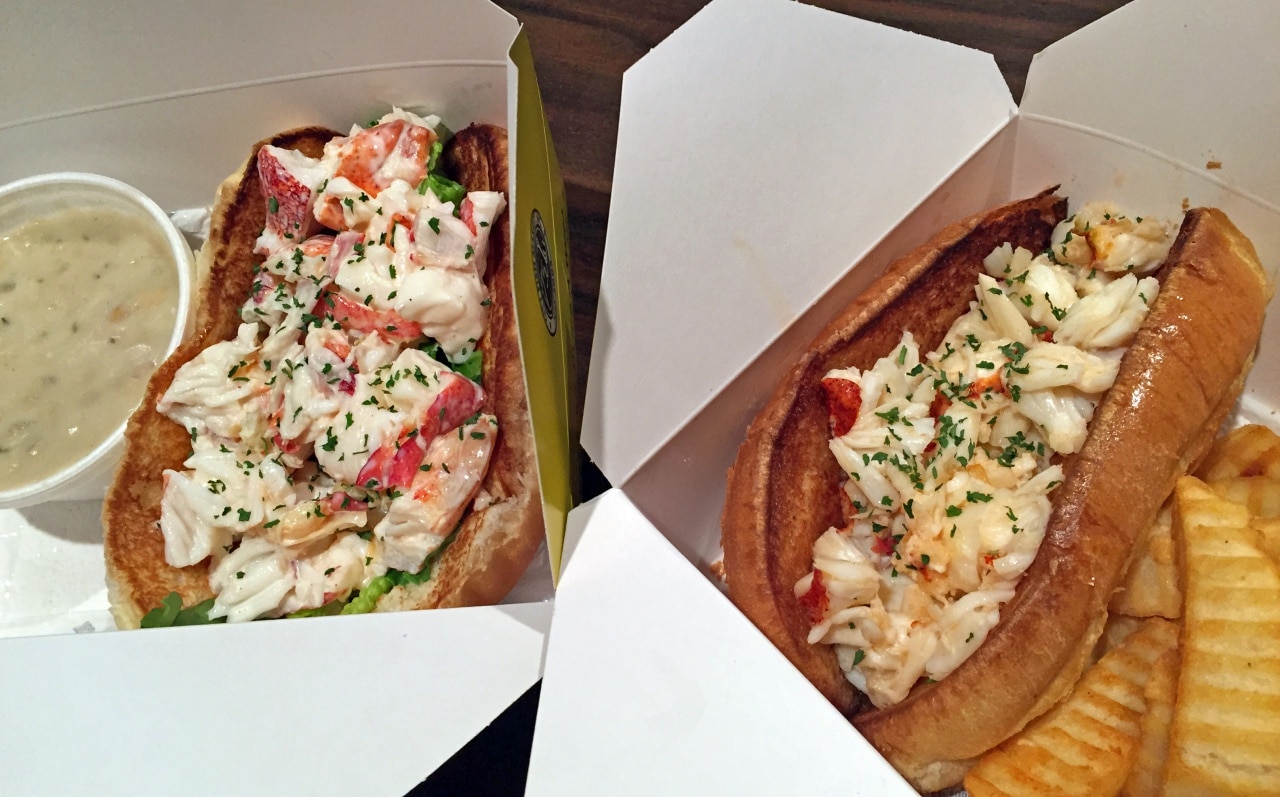 This central Connecticut purveyor of all things seafood serves up excellent hot and cold lobster rolls year round. The hot version, which features warm lobster meat bathed in butter, outsells the cold version five to one (this is Connecticut), but both rolls are more than worthy. City Fish gets its lobster from its voluminous lobster tanks, and the toasted, buttered buns come from Mozzicatos Bakery in nearby Hartford. 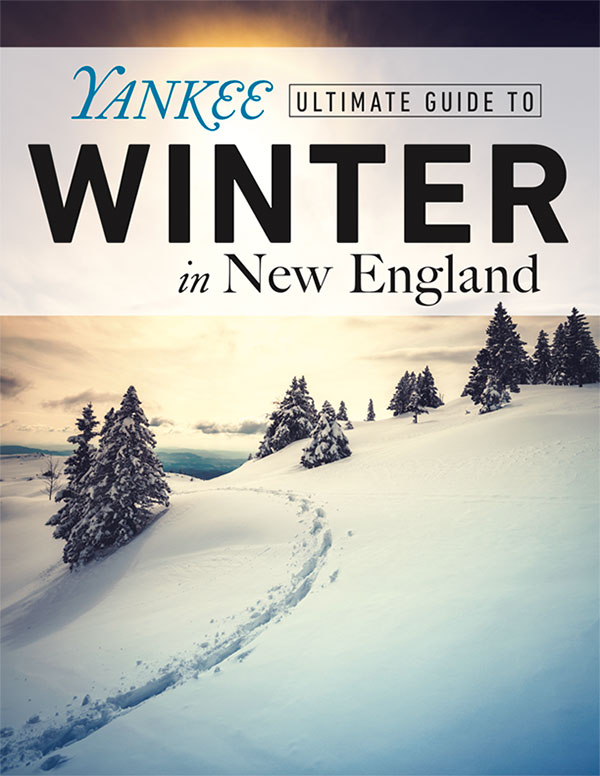 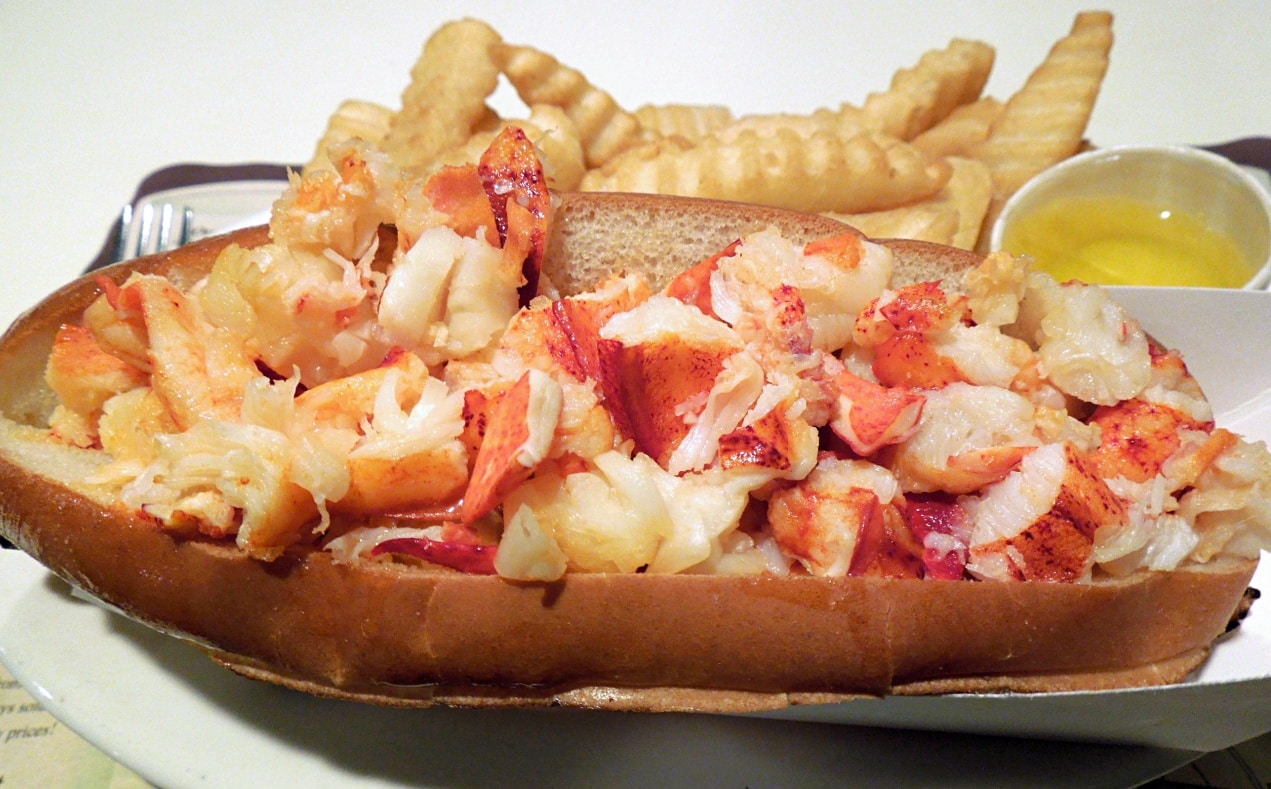 Lenny and Joes has sold over a million hot New England lobster rolls.

A Connecticut shoreline institution since 1979, Lenny and Joes claims to have sold over a million hot lobster rollsand one bite will erase any doubt you may have of such a claim. Served on a toasted, split-top New England hot dog bun, the lobster is plentiful and drenched in sweet, melted butter. The roll pairs nicely with Lenny and Joes famous salt potatoes and a cup of clear-brothRhode Island clam chowder. Cold lobster rolls are also available. 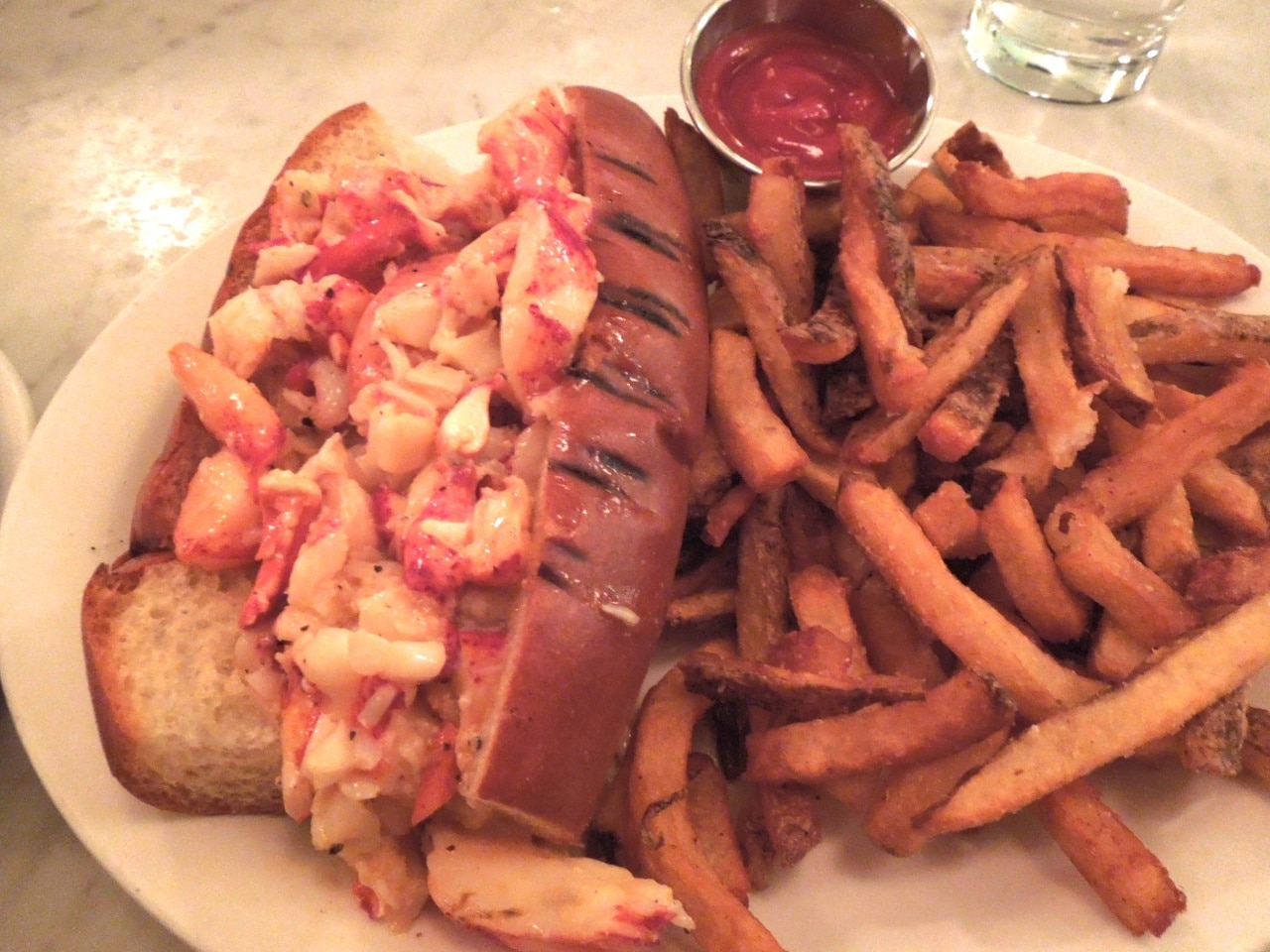 The wait to get a seat in this cramped, dimly lit North End oyster bar can be maddening, but the hefty, warm-buttered lobster roll makes it well worth the effort. Served on a lightly grilled brioche bun from Iggys Bread in Cambridge, this six- to seven-ounce roll calls for a fork to lighten the lobster load before getting a grip on the roll itself. The cloth napkins and sterling silverware add an element of class to the place, but its as informal and convivial as any trattoria in this famed Italian neighborhood. 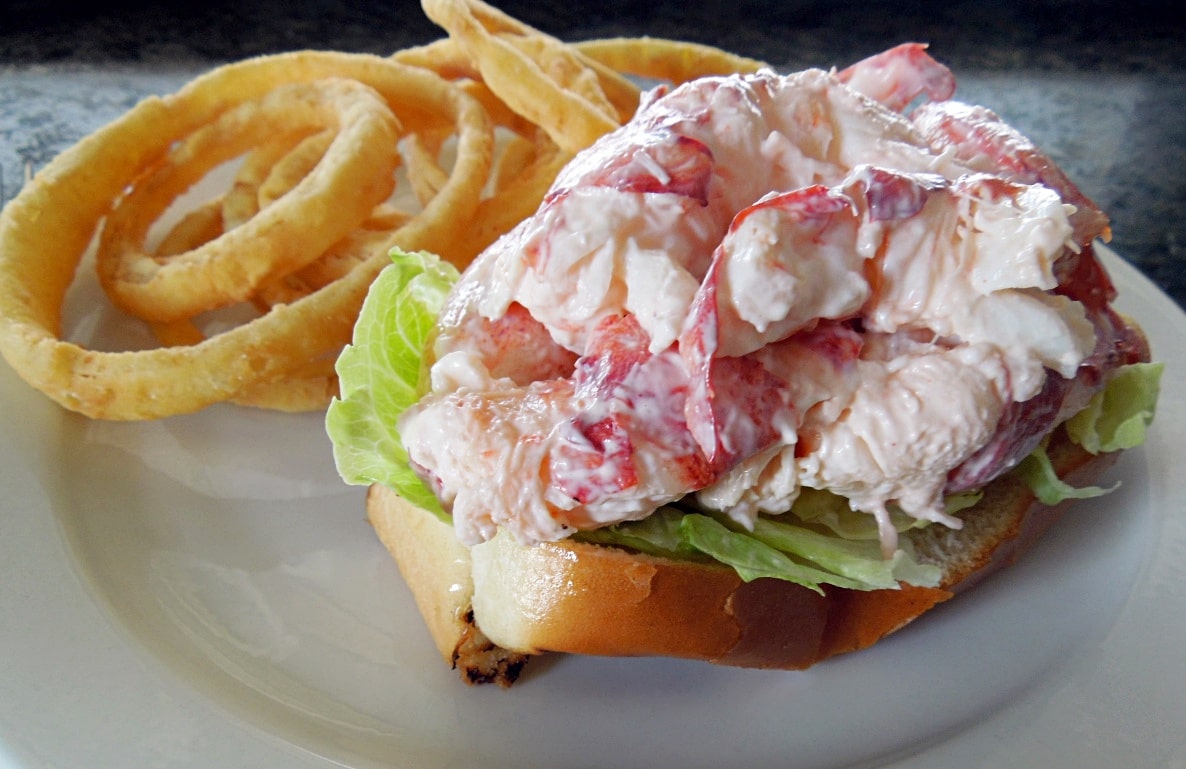 The bun is all but buried beneath a half-pound of lobster at Belle Isle Seafood.

Perched across an inlet from the runways at Bostons Logan International Airport, Belle Isle is locally known as the home of the monster lobster roll. Owner Jim Costin loads his lobster sandwich up with a full half-pound of cold, mayoed chunks of tail, claw, and knuckle meat and throws in a side of fries, onion rings, coleslaw, or rice pilaf. This belt-busting combination is a favorite of many in the restaurants working class neighborhood. For a few dollars more, theres an equally hefty version of the roll made solely from prized tail meat. 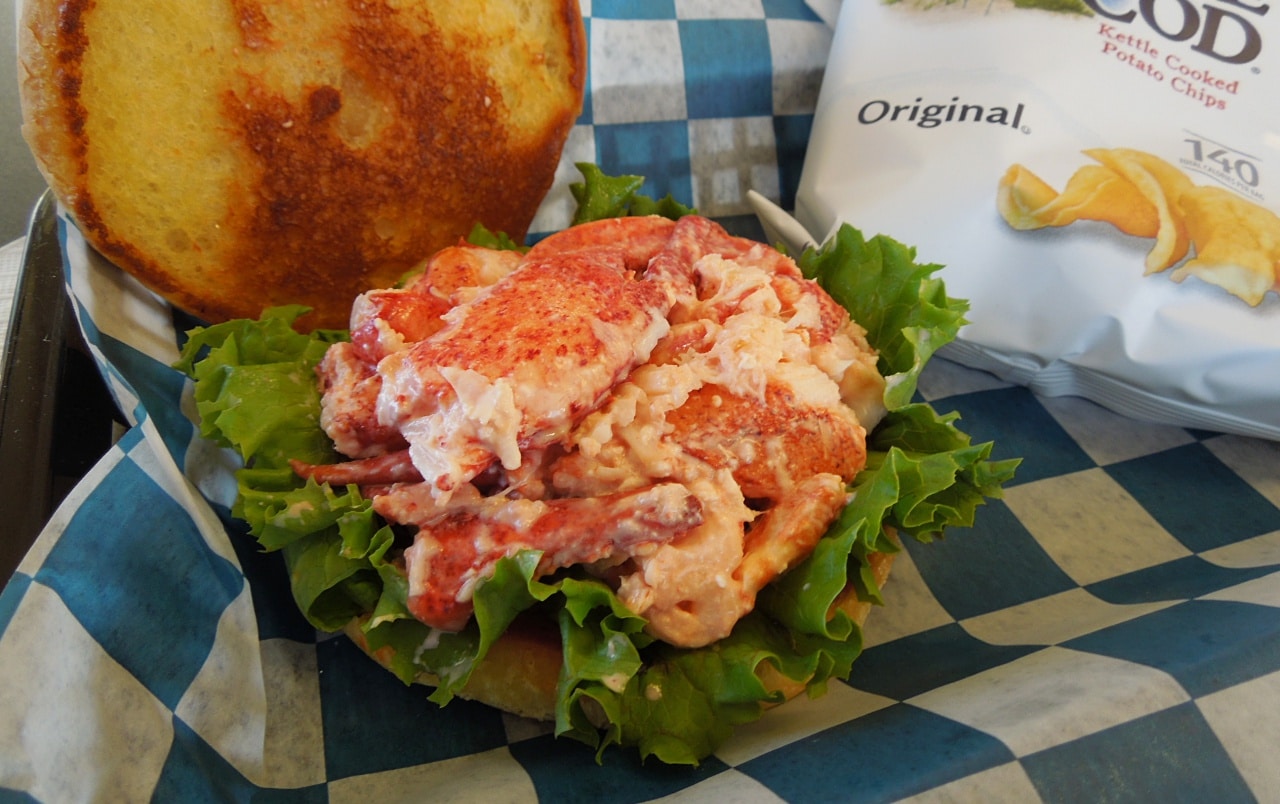 Sanders Fish Markets round bun and leafy lettuce are nice complements to the fresh-picked lobster.

Some of the best lobster rolls come from lobster-fishing and distribution operations, and Sanders is no exception. The market is a spinoff of Sanders Lobster Company, which has been wholesaling lobster from the Portsmouth docks for decades. The Sanders roll distinguishes itself with its round, toasted, buttered bun, its fresh leaf of curly lettuce, and its lovingly fresh-picked lobster meat. Throw in a bag of Cape Cod potato chips, and your New England lobster roll feast is complete. 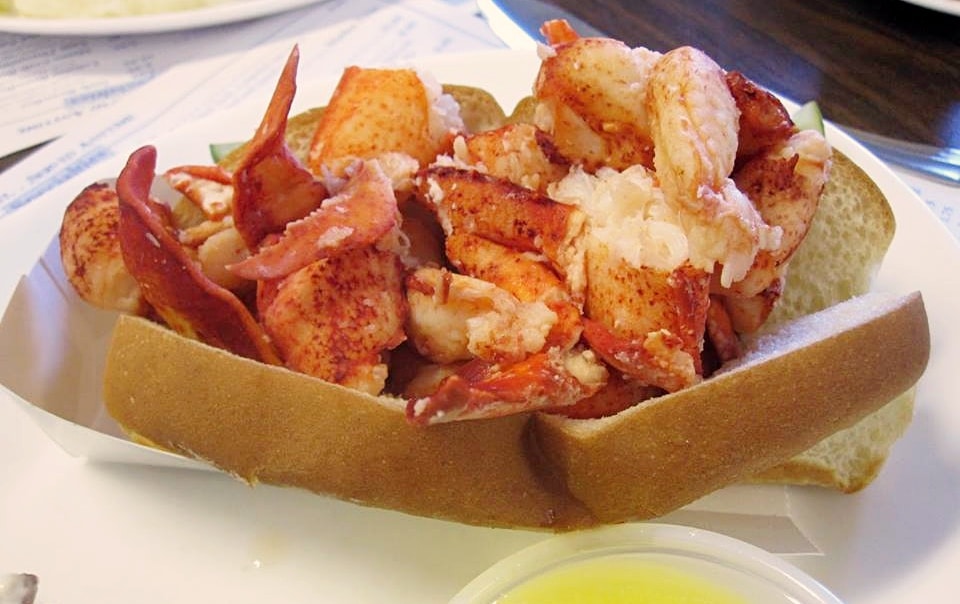 The chunk-filled lobster roll is one of the favorite menu items at the Maine Diner.

In addition to the Maine Diners famed seafood chowder, theres an excellent Maine lobster roll thats served year round and thats definitely worth stopping in to try. The fresh-picked lobster meat is served chilled on a toasted, split-top hot dog bun and is accompanied with mayo or melted butter. Never underestimate the seafood to be found at some of the Best Diners in New England!

SEE MORE: In Praise of the Maine Diner in Wells, Maine 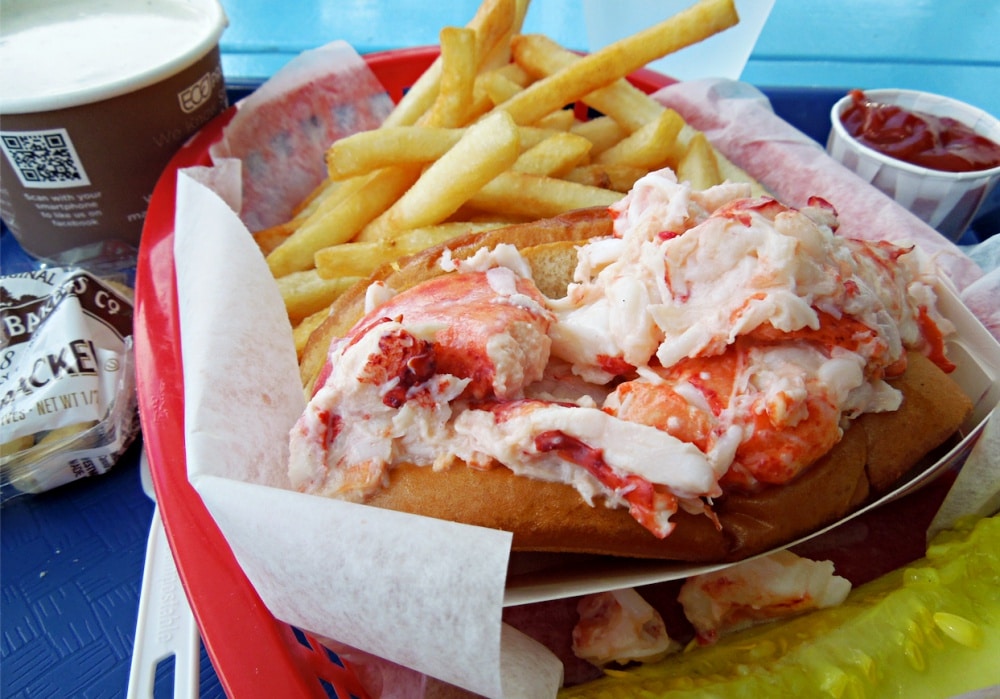 Bobs lobster roll is a welcome treat just over the border in Kittery, Maine.

Just over the border and a stones throw from I-95, Bobs is well known to the summertime crowds heading to and from Maine. This seafood shack is also a great place to go for an excellent lobster roll in the dead of winter. The grilled-bun, cold-meat roll is chock-full of fresh-picked lobster meat and comes with fries and a large dill pickle spear. The colorful dining room is spacious and cozy at the same time. 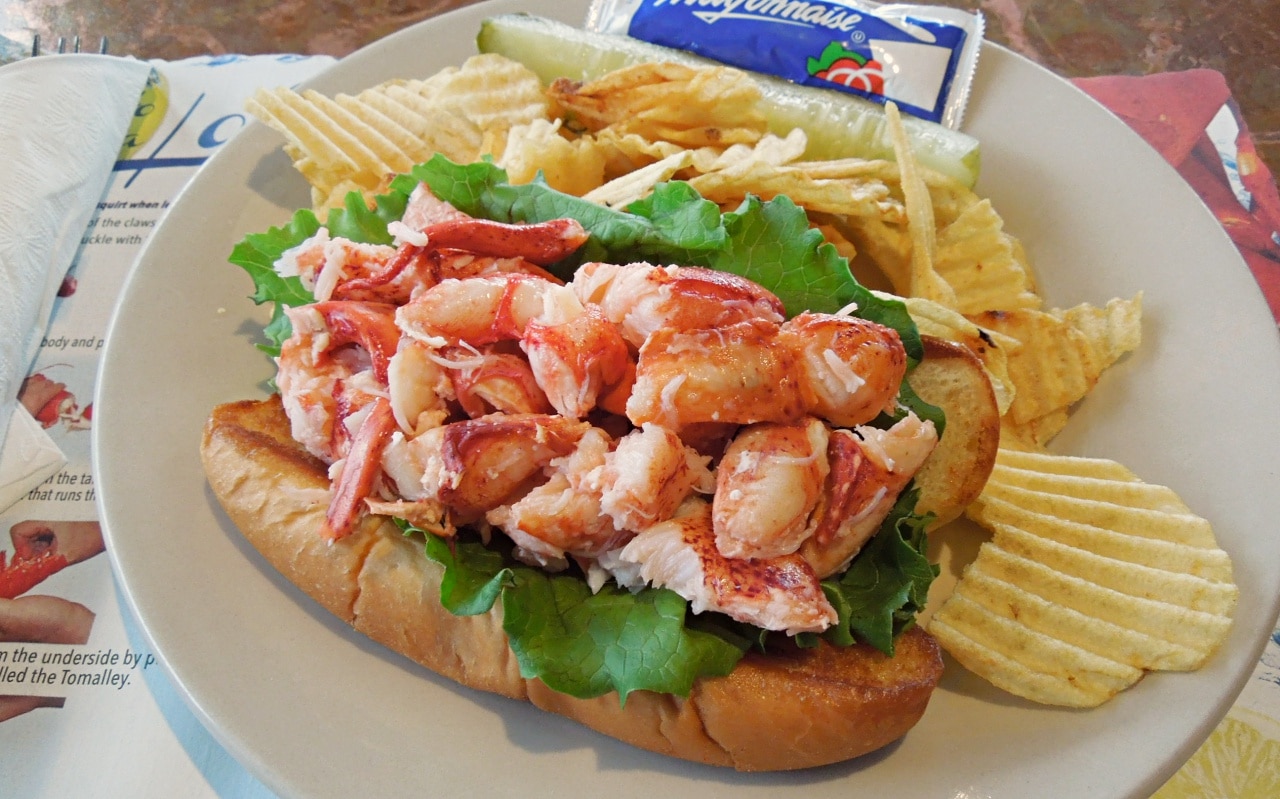 Alongtime fixture on the Portland waterfront, Js is equal parts tavern, oyster bar, and seafood restaurant, serving one of the best lobster rolls in Portlandand its available even in deepest, darkest winter. The U-shaped bar is a great place to belly up and order a cold roll served on a piece of crisp lettuce on a toasted, side-split bun and a quaint ballpark-style packet of mayo. The lobster meat is picked locally and brought in fresh daily, guaranteeing consistently high quality. 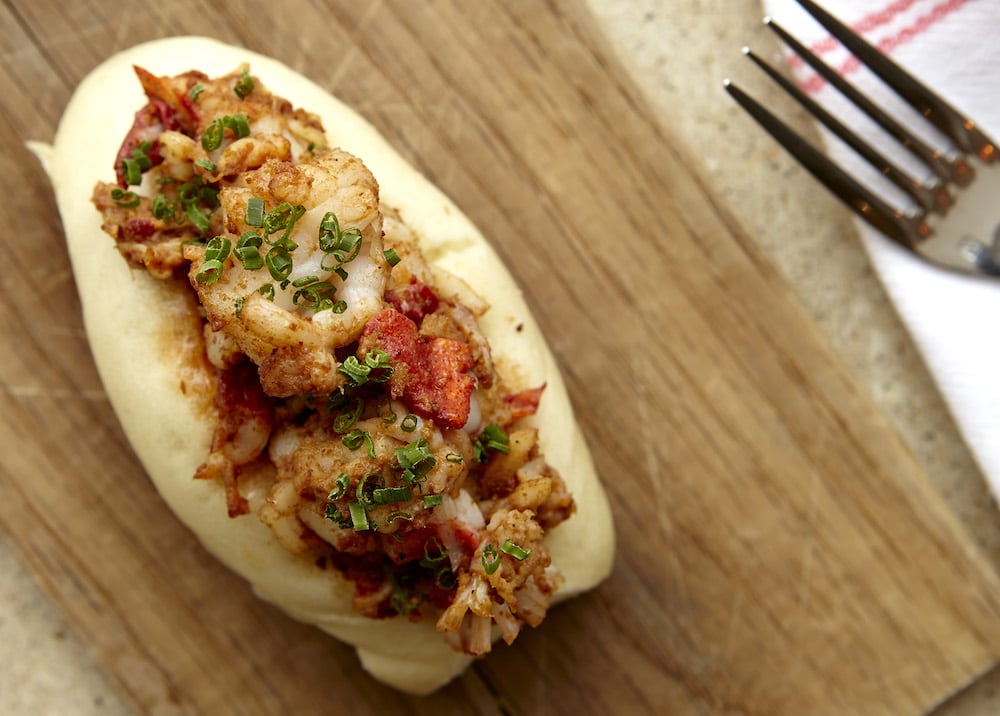 Eventides lobster roll is one of the most unusual and exotic to be found in New England, and its certainly one of the most satisfying. The warm version is made using clarified brown butter and is served on a home-baked, Asian-style bao bun. Though diminutive in size, its flavor stands tall and distinctive. One roll, accompanied by a few of Eventides excellent oysters, is a wintertime meal not soon to be forgotten. Want to recreate the Eventide lobster roll at home? We were delighted when they shared theirBrown Butter Lobster Roll recipe in a recent issue of Yankee.

Wheres your favorite spot for a New England lobster roll in the winter? Let us know!

This post was first published in 2017 and has been updated.

The post Where to Find the Best New England Lobster Roll in Winter appeared first on New England Today.